The Beautiful and Talented 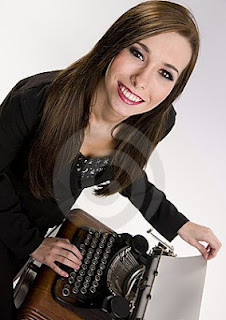 Beautiful and Talented, All Right

A glass ceiling still exists for many women in the corporate world, equal pay for equal work remains a dream yet to be fulfilled, and Tom Cruise's treatment of Katie Holmes makes you just want to cry out for the injustice!  But these are not the most flagrant examples of sexism to besmirch our culture today.  The sexism most heinous resides in a familiar expression oft applied to a woman, one you may have even used yourself.

It is the descriptive phrase:

You don't get it?  Why is it significant to note a woman's appearance when discussing her talent when it is not similarly so important to note appearance for a man?  Even when a man is beautiful and talented, such as myself.

Let's work this through.  Here's some excerpts  from a few prominent and respected niche publications:

There's no doubt about it!  Book critics and readers from coast to coast agree.

Red Skies, Blue Bottom  is the  most dazzling debut novel in years and its author, the pug ugly and talented Gail Greenleaf, one of America's most promising writers. If you read no other novel this year,  pick up a copy of Red Skies, Blue Bottom,  making sure at all costs to avoid looking at the book jacket unless you want to be turned to stone.

"Writing is my passion," Ms. Greenleaf told me when I met with her recently, so glad that I hadn't eaten first. This is one author whose talent is truly soaring;  too bad it doesn't take her face away with it.

He is a painter without equal.  His great paintings include Wall Flowers,  Night Botch, and Windmill at Havertown.

He is, of course, the hunky and talented Vincent Van Go-Go. And nobody paints with the verve and gusto of this raging Apollo of the Art World.

His greens are striking, his reds are throbbing, his blues they pulsate, and his brush stokes literally thrust upon the canvas, moving in and out, in and out, ever more forcefully! Van Go-Go attacks the canvas with manly might, his final strokes coming down hard to explode in frenzied artistic passion and ecstasy!

I need a smoke.

One of the worst books I have read in many a moon is Atlas Mugged by the goofy looking and untalented Agatha Shisty.

With prose as clumsy as her walk and a plot that practically drags on the ground like her saggy breasts, Ms. Shisty has created characters that are as ill-formed as her buck teeth and protruding nose.  She has about as much writing sense as fashion sense, which can be best described as early Munster.

Do yourself a favor and ignore Atlas Mugged at all costs!  A blind date with Ms. Shisty would be preferable.

So don't let me hear any of you say that most sexist of expressions --- the beautiful and talented --- ever again.  And that goes double for the other three expressions above as well!

Though the hunky and talented,  when applied to me, I might just let slide.

No, Vincent Van Go-Go did not paint this!
And for the record, I don't think he's all that hunky either!

Perry, Don't you ever call me 'beautiful and talented', although I have to agree that I am both, and modest :)

Great post - also agree with what you said about Van Gogh - been to his museum in Amsterdam only recently and can confirm that he's no hunk like you :)

Great post, and whew, that description of Vincent Van Go-Go's technique nearly made me swoon!

Not only is Van Gogh no hunk like me, I've sold almost as many paintings. Why didn't Kirk Douglas ever portray me in a movie?

Though I don't like the expression, you are indeed "beautiful and talented," Junying, and I'm afraid you're stuck with it!

Made you swoon, Madison?

On behalf of all womankind, thanks for looking out for us, Perry.

You're welcome, Lynn. I will always look out for the rights of women!

(I'm hoping it will make the hot babes dig me a lot more.)