The Invention of Birthdays 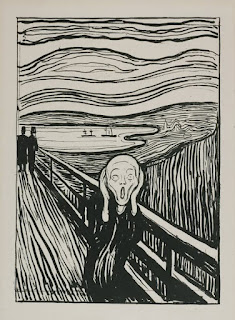 It's my birthday today, and I'd like to take a moment to thank you all for your expressions of best wishes and many happy returns, if only I'd received any.  As you may know, I don't particularly like or appreciate birthdays as is well evidenced by this picture of me above taken at my joyous birthday celebration just last year.

How did the custom of observing birthdays begin anyhow? Unless you're under seven, birthdays are generally about as appealing as playing musical chairs with Clint Eastwood.

So I did a bit of research.

As it turns out, birthdays  were invented in 1674 in England by a man named George Noisemacher, the Earl of Birthday. Prior to that time the duration of a person's life was measured by division into two discrete periods as follows:

This system had worked pretty well throughout all of recorded history except it required an arbiter to determine when each person was to graduate from Cute to Formerly Cute status. That arbiter was a shaman or high priest during the Bronze Age, an Imperial Tribunal during the Roman Empire, and a panel of annoying celebrity judges during the Middle Ages whose main function was to make fun of the goofier applicants while sniping away moronically at their fellow judges.

Over time the Cute/Formerly Cute System grew bloated and corrupt, however, with many a toothless old coot riddled with gout remaining Cute long after his time provided he was landed, or at least in a holding pattern by Flight Control waiting to be landed.

The Earl of Birthday
(Or maybe it's the Earl of Sandwich. Not sure.)

It fell to the Earl of Birthday to develop the alternative system of "birthdays" as follows:

First an accounting was made of the gross sum of the times the annual date on which the individual had been birthed had recurred throughout his or her lifetime.  Then a specific number based on this accounting was rendered subject to annual updating according to Manual 10-A which, at least as of yesterday, has still not been issued!

The number derived was referred to as the person's "age" after Lord Birthday's daughter Aggie, who had oddly enough been graduated to Formerly Cute status almost from birth and had apparently urged her father rather strenuously to work up the new system ASAP!

Well, you can imagine just how scandalous all this was!

The Church inveighed bitterly against the Birthday System, decrying that "No one shall ever give The Lord Jesus Christ a number and take away his Cute."  Throughout Europe birthday partisans took to the streets and the cry "Happy Birthday to You, You Belong in a Zoo" echoed from Britain to Brandenburg and Paris to Prague.  Finally, everything came to a head in London when over 335 people were brutally smeared with ice cream and cake during the so-called "Cha-Cha-Cha-Cha-Chance Riots of 1687."

Many then set out for the New World in the hopes of finding freedom to practice birthdays as they wished.  The ship Bonholme Dick which sailed from Portsmouth to New England in 1694 with over 327 so-called birthdayers aboard was not atypical, including in its manifest "460 partye hattes, 80 balloones, and two clownes." 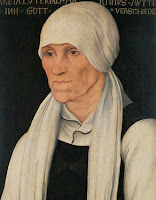 By the year 1800 almost all nations of the world had adopted the Birthday System except France, where they were just being difficult. Some bizarre glitches remained for several years, however, as evidenced by random documents describing Benjamin Franklin as dying in 1790 at age 12, Andrew Jackson becoming President when he was 482 years old in 1829, and Perry Block celebrating his 62nd (!) birthday in 2012.

But all in all, thank you, George Noisemacher, Earl of Birthday, for the system you have bequeathed to us that has allowed me today to express my gratitude to all of you for your  best wishes and many happy returns .... if only I'd received any.

Hey, what the hell's the matter with you guys? 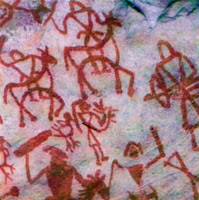 Happy birthday, Perry. I used to say old was a state of mind. Actually, the mind stays about 19 years old. The body, on the other hand, has its own ideas.

Have a great day! (And this greeting comes to you all the way from London, where the Earl of Birthday was born!)

Oh, but to be in the land of the Earl of Birthday on my special day! Please make sure to visit Lord Birthday's workshop, where Manual 10-A is still in development.

I agree that the mind continues to think we are young while the rest of us screams "troglodyte!" If only George Noisemacher had had some ideas about fixing that.

Have a great vacation!

This is my favourite post of yours so far. Not only entertaining, but educational too!

Education with a dash of humor; that's what I'm all about!

Stick with me and you'll discover the world.

You have to admit birthdays are a bit more fun with the social media aspect. Not more meaningful necessarily, but definitely more fun.

I'm afraid for me birthdays are never fun even if there is ice cream and a clown present.

Social media does add the additional component of people I've never met in person wishing me a Happy Birthday, which is nice. I wish people I knew did the same.

Thanks for writing, Nina!