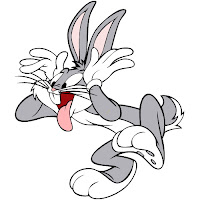 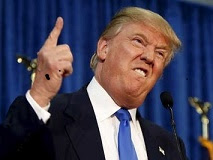 The fun-filled story of a Presidential campaign pitting a free-spirited bunny against a mean-spirited bully!

Debate One:  You're the Puppet
(Based on this classic Bugs/Daffy bit)

Trump: You're the puppet!

Bugs: Okay, Doc, have it your way.  You're the puppet.

Trump:  Well, thank you, Bugs.  I am the puppet for sure, because I don't know shit and  ..... wait a minute OOOOOOOOOHHHHHHH!!!

Bugs: Of course you know this means war!

Trump: I'm building a wall and the Mexicans are going to pay for it.

Bugs: You won't even get Salma Hayek to chip in for it.

Bugs: The only jobs you're bringing back to America are the kind that leave tooth marks on  your pecker.  I wonder, Doc, do you at all know the difference between truth and lies?

Trump:  All truth is relative. And while we're talking about relatives, have you seen my daughter?  She's really hot!

Bugs:  I know, Doc. Your daughter's pussy's been grabbed more times than a shortstop's crotch!

Bugs:  What a maroon!

Trump: I know more about ISIS than the Generals!

Trump: Did you know I have all the best words because I went to Wharton?

Bugs: What does "cat" mean?

Bugs: What was that, Doc?

Bugs:  I didn't hear that. What are you gonna keep America?

Bugs: That's what I thought you said!


Wolf Blitzer: That's it, folks, Bugs Bunny has swept the electoral vote, the popular vote, and the Chachi/Duck Dynasty vote.  The next President of the United States is Bugs Bunny!

Bugs: Gosh, thanks, Doc.  Any carrots come with that?

Trump:  So unfair!  The whole thing is rigged. The election's been fixed!

Bugs: Did you say fixed, Doc?

Bugs:  Fixed I can take care of right now.  Too bad they didn't do it to your father 71 years ago.


Well, that's our picture, folks.  Make sure and come visit me at the White House if ever you're in town. We can discuss infrastructure development and border security and I'll have my man Trump whip you up a nice souffle. 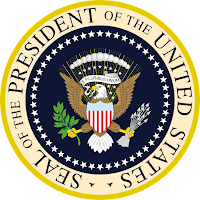 Hey, Trump, where are you?  Do I have to lock you up? Where is that Loony Tune anyway? 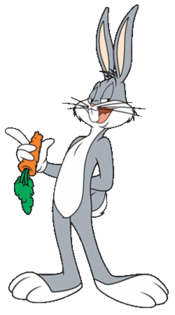 
If you liked this post you might also like like  Scientists Hail Discovery of "Trump is an Asshole" Gene, Donald J. Trump's Guide to Sexual Harassment, and The Most Disliked Nominees in History. If you hated this post, I hope your daughter marries Rudy Giuliani and they have a daughter who looks just like him who lives in your basement until she's 40!

(Sorry for the lame special effects, especially the dropping of the safe, but that's the best I can do. And once again, that's all, folks!)

I feel sorry for that poor black family that Trump is throwing out on the street and taking over their home.

On the positive side, perhaps he'll create a cabinet post called Pussy Grabber and offer you that position.

Sadly I'm not qualified. But that didn't stop Trump, so maybe I'm home free after all! Happy Thanksgiving, Russell.