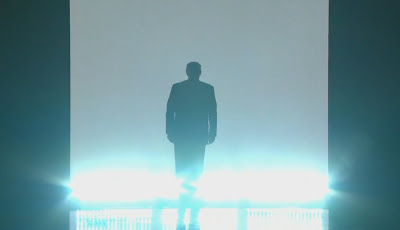 This coming Monday evening, September 26, Democratic Presidential Candidate Hillary Clinton is scheduled to debate a complete idiot at 9:00 PM at Hofstra University Hempstead, New York.The debate is considered to be an extremely rare event in the history of American politics as never before has a candidate for president from one of the major two political parties gone one on one with a complete idiot.

The complete idiot in question knows nothing about world and domestic affairs, has no experience in government, and is so ignorant he thinks Merrick Garland is decoration for a Christmas tree.  Not only is he a complete idiot, he is a liar, a megalomaniac, and a fucking asshole.


Initially Clinton was scheduled to debate Republican Presidential Candidate Donald Trump but it has been decided that any complete idiot will do. The name of the complete idiot has not been released but viewers from coast to coast are not expected to notice any difference.

And how! Hilariously, on my Twitter feed, your tweet linking to this post was right underneath a "promoted" tweet from said complete idiot suggesting I support him in "making America great again," four additional words of which he evidently doesn't know the meaning.

Well, I hope you nominated me to fill in for Mr. Trump. I actually know less than Sgt. Schultz on Hogan's Heroes. In fact, Mrs. Clinton won't even have to show up. I can debate one of her light-blue pant suits and no one will know the difference. I guarantee that my answers will be so asinine, so off the wall, that far right Bigots and Haters Club will give me a 95% approval rating and torch the pant suit before the night is over. Yeee-haw! Where's my Rebel flag?

I think the actual slogan is "Make America Grating Again," which is an understatement but more on the mark.

In fairness you may be an idiot, but certainly not a total idiot. You will sound so much more intelligent than the actual candidate you may get him elected! (BTW, your comment is wunderbar!)

This made me smile. I hope she hands this idiot his ass on a platter. A cheap platter from Walmart.

Thanks, but unfortunately his ass is weighted down by virtue of the fact that he is an enormous asshole. I doubt any ten people could lift his ass to hand it to him.