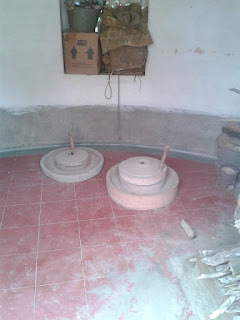 “I thought this place was going to be ready, Farnum.  It's a shambles!"

"You're right, Kropotkin! Those two new men I hired came highly recommended.  They were supposed to be expert builders and craftsman."

"Yeah, but who recommended them? Donald Trump's doctor?"

"No. But it was the same guy who green lighted Batman v. Superman."

"Well, let's get busy, Farnum, at least we've got to clean up and paint before the boss get here."

“I think I see the problem, Kropotkin.  Those two paddles on the floor."

"Air hockey paddles!  There must be a table nearby."

“Why not?  After all, Dr. Bornstein recommended us!”

Well, with how laissez-fair Trump's doctor is, I might hit him up for a recommendation myself.  I would love to be known as the greatest humorist who was ever elected President because frankly that Warren G. Harding was supposed to be the Sarah Silverman of his time.

I've been away from Friday Fictioneers a while (Oh.  You didn't notice?  Oh. Who the fuck am I?) Well, anyway, I'm glad to see the other Fictioneers,  and here for your enjoyment are all their contributions based on the picture prompt above.

Meanwhile, I wonder what's going on in the Air Hockey Game.  After all these two are the greatest air hockey players the world has ever known! 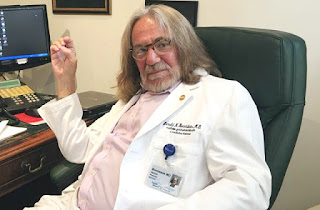 Let me know when the Hot Air Hockey Games start. I'm pumped, primed and ready to let one go.

I missed you, honey.

This week you get two comments in one. Ceayr said he hadn't been able to post a comment so asked if I would relay this:
'Hey, Perry, this is almost funny!
And yes, I missed you.
With every bullet.'

Ah.. you have been missed, and celebrating your birthday too... Great idea to see them as airhockey paddles... I think I could have caught that too if I had squeezed my eyes a bit

Well, thanks, guys, I .... almost funny? I'll try to be almost lousy next week, I'm not sure that's any different. Thanks, again.

If you squeeze harder we can play!

I had never heard of airhockey and googled. Too funny, they really look like that. I did notice your absence. :)

I was wondering what those things were, so thanks for enlightening me. In my story I ignored them altogether.

Mine don't smell!
And maybe I didn't miss you so much.

BTW are you okay?

I thought those were the party hats left over from your big day on Monday. Damn, you and your little friend (real or imaginary?) really trashed the place.

How long does it take to go pick up a bottle of lotion? I realize you have to stop and rest every few steps, but three weeks is ridiculous. By the time you got back home, you probably forgot was the lotion was for.

Given the picture, you story was such an antithesis to it! Good work!

Welcome back, Perry. I'm beginning to feel sorry for that doctor. He's liable to never live down writing that letter for Trump. Someone made the statement that "positive" isn't always a good thing medically. Hilarious. :D --- Suzanne

Yes, but did absence make the heart grow fonder? Oh well, at least you noticed it!

Now that you know, let's play!

I've missed it too. I'm wondering where the hell it is! Thanks, Alicia.

I didn't forget what it was for. Now I have the smoothest loveliest hands in all the Friday Fictioneers! Now I'm going to put on gloves and my avatar and I are going to clean up the place.

Thank you! I don't understand your comment but I think I love it!

Positive is always a bad thing. Just like Trump. Thanks, Suzanne!

It always is! Thanks, Dawn.