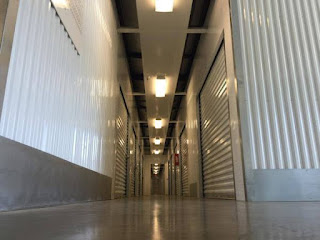 “Commander,” said the Lieutenant, “I’m going to give this mission all I’ve got, but frankly I have my doubts.”

“Me too, Bud,” answered Commander Kropotkin. “But the Drugons have been appearing in force lately, and they’ve got to be stopped before it’s too late.”

The hatch opened and the two officers and friends leaped out of the Habitation Headquarters, weapons spewing poisonous fumes ferociously at every Drugon they could find.

“Know what?” said Prine, breathing a sigh of relief. “These Drugons aren’t half as tough as the weeds on Earth.”

This may be my first post about weed, and hopefully you won't think I am endorsing it.  Because I don't endorse weed --- meaning those pesky things that grow around your house --- but even though I haven't smoked it in over 30 years, I will endorse dope (as we called it back then, although the term "weed" did exist as well) as long as you don't do it too much.

Too much being the degree to which I smoked it, which was every other minute. Better to fill those minutes  with the story offerings of the other Friday Fictioneers based on the picture prompt above which you can get high on by clicking here.

Meanwhile I'm going to go pull out some Drugons. That's the toughest weed I can handle these days.

Very entertaining! I admire people who can write alien fiction. How to come up with names and such. I have lots and lots of Drugons this year. I'm learning to live with them. Too many. They have overwhelmed me. :-)

Thanks, Lily. If you have too many Drugons you should send for Commander Kropotkin. He's battle-weary but ready. Lieutenant Prine has gone over to the Drugons I'm afraid. We'll have to pull him out one of these days.

Where's Cheech & Chong when you need them? They would have shown those Drugons a thing or three.

I suppose in your next episode you'll have Dr. Kildare battling the Prescription Drugons, or perhaps insisting on birth control to the Duggar family.

I still don't know much about the Duggar Family except that they support Trump, and you can't Duggar yourself into an abyss much deeper than that. But anyway dope is just parenthetically part of this terrific sci-fi yarn. I've always wanted to write a yarn. And this is my yarn. So enjoy the yarn. Jesus, I do sound high!

Wow! I was outside pulling up Drugons just and hour ago! Now I'll call Commander Krototkin and have him finish the job. Thanks for the suggestion, Perry

Only problem is that Drugons scream when you pull them up. Best have the Commander handle the rest of them.

Good and hilarious sci-fi, Perry. My dad used to let the weeds grow with the grass in the lawn and cut everything at once. We had one of the greenest lawns around. My mother's flower beds were a different matter. They were outlaws there and destroyed. :D --- Suzanne

Sounds like your mother's flower beds could have used a few Drugons! Thanks, Suzanne.

Ah.. Sounds like more smoke than fire with those drugons... maybe weeding is preferable in the end... (though I don't endorse it)

Sorry, but I'm not into this out-of-space stuff. I'm too spacey to begin with. But Kropotkin and Prine? Weren't they the original Martin and Lewis duo on Uranus? And speaking of Uranus, I read in a FF piece that somebody left a scar on it?
Just saying...
Randy

Heehee! Some of our weeds are ferocious!

Maybe those screaming weeds need some weed. Or maybe they can save us from ourselves or take the carrot top with them. He's a very bad weed.

It's preferable to being eaten by Martian zombie blood-sucking cannibals. At least I think so.

Maybe on your anus, but not on mine! And Kropotkin and Prine were just as big as Martin and Lewis until they broke up. Fortunately they were brought together once again by Frank Sinatra on the annual Ronnie Kropotkin Muscular Dudeathon Telethon.

Yes, but they are so cute!

Wonder what Martian weed is like? Well, we'll just have to go there for ten billion when Elon Musk is ready.