Taking A Stand By Not Standing 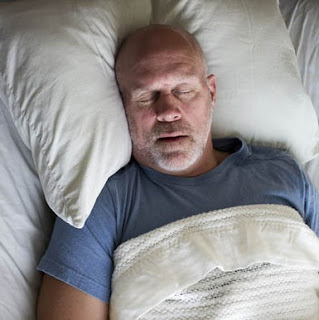 
In a protest strikingly similar to that of professional football player Colin Kaepernick, Ernie Frump of Havertown PA is also taking a stand by refusing to stand to voice his opposition to an America he claims is fraught with bigotry and discrimination.

“I am protesting the oppression and discrimination we night owls face at the hands of morning people," Frump announced. "Until it ends, I refuse to stand ... and get out of bed ...  when the alarm goes off.”

“America is rife with bigotry against those who hate mornings,” Frump asserted as he rolled over once or twice while addressing a media delegation from the Sleep Ez and Sealy Posturepedic companies.

"Employers unfairly discriminate against night people because we show up late, yawn all day long, and distract hard working employees from doing their jobs. I will not stand in a country that values morning people over night owls just because they are viewed as - and actually are - way more productive and conscientious than we are.”

“Until the plight of we night owls has been fully addressed," Frump vowed,  I will not stand!  Until at least 11 or 12."

(This post is not intended to ridicule or criticize the stand - or lack thereof - of  San Francisco Quarterback  Colin Kaepernick. I am only ridiculing Ernie Frump.)

Email ThisBlogThis!Share to TwitterShare to FacebookShare to Pinterest
Labels: humor, Parodies, standing up

I'm not a morning person at all. My staff always understood to put only nice non-talkative patients in the morning appointments. I'm better with medication i.e. caffeine but please don't speak to me until 11 am.

Don't worry. I won't be up by then either.

I've taken the night-owl/non-morning-person thing to whole new heights by moving to the Pacific time zone. By the time my feet have hit the floor in the A.M., it's well after lunch time for you folks back east. Always fun to say to someone who wants to schedule a call, "Sure. Any time after 1:30 Eastern would be great."

Scheduling everything after 1:30 PM sounds pretty good to me, as well as to Ernie Frump. Maybe we need to get jobs in your West Coast office? What are you paying? If you're getting back to me tomorrow, sometime during The Chew would be fine.

I'm sure Mr. Frump is working on his "Night Owl's Sleep Matter" t-shirts, which should do well in the market.

As you may have suspected, I'm one of those early morning people, although I can't say it's made me more productive. You can wake me up before dawn, but that doesn't mean I'm going to do anything other than annoy the Night Owls who drag into work ten to thirty minutes late and don't want to be spoken to until after lunch. I find great pleasure in that. :)

I have no intention of waking you up and spoiling my good time watching reruns of the Rifleman. You'd probably start babbling right while the Rifleman was blasting away the bad guys with young Mark smiling and cheering him on. As for Mr. Frump, he has just gone into his final roll over in preparation for final standing..

Yikes! You must be thinking I slept straight through the past couple days. That's not quite true, if also not wholly false. Anyhoo, I pay mostly in sunshine and expertly baked breads and pastries. Money is so 20th-Century, don't you think?

Good idea! If I can't stand by then, I can at least sit up.