In the Moment (FF) 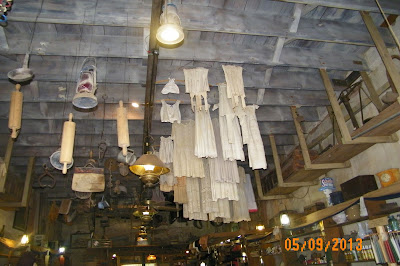 It simply stopped dead and refused to advance. Wherever an individual was at that moment was where he or she stayed.

But luckiest of all was the United States of America. Because on May 9th, 2013 at exactly 12:00 P.M., one billionaire businessman named Donald Trump was in the bathroom and the door was jammed shut.

Was the Donald in the bathroom fantasizing about himself? It's a distinct possibility. Or perhaps he was working on his comb-over. In either event, I'm sure I don't want to know.

Just think how pruned you'd be if you were stuck with Scarlett in a hot tub for 3 years. And what about all those hundreds of super-models who would be heartbroken because they couldn't be frozen in time with the one and only Perry Block. Tragedy just isn't a big enough word to cover that much pain & suffering.

Thankfully, this is nothing more than fiction.

Thank you for humorous pondering with me.

I don't think I want to know either, just keep him in there. Yes, I do feel sorry for the other supermodels too but maybe there will be several hundred other time stoppages so they'll have their chance. That is, provided I'm not dead after the first moment with Scarlett.

Never mind the logic, this had me laugh out loud. Maybe you can come up with a little individual time bubble for certain individuals (not Scarlett).

When they reboot time to restart the universe President Trump is going to refer to that time in the toilet as moment of epiphany when he decided to run for president.

Yes, he looked around behind himself and said "That's the best ___ ever! It should be President."

Amazing!
Laughing out loud at the comments and yay your fiction was funny too. You've been using a lot of ink lately writing about poop and Trump usually in the same phrase. Not that I don't agree.
Have some more fiber, The Doc

Well done! You did a gre!at job with this, laughing out loud here

Working on it, Tracey, but it's tough not to make the connection these days. As you have done graphically elsewhere. I'll work on the fiber too!

Thanks! Nothing to laugh out loud about the situation however.

Hooray!!! This is my favorite story of yours. Or anybody else's. Ever.

Ha.. yes that would be a moment to save the world... it would certainly stall the Trump

Thanks, Jan! Almost makes me feel okay that Donald Trump is going to ruin the Republican party and the nation.

The idea that he is locked in the bathroom for all time with his pants down is appealing, isn't it?

People like Trump might be lucky if they're in the bathroom with the door locked. On Game of Thrones the father of the Lannisters was shot and killed by his son while on the throne. Not the Iron Throne either. :D --- Suzanne

I don't think Ms Johannson could get sick of you Perry. You'd be better off without her anyway if her judgement is so flawed. :)

Believe it or not, he was in the bathroom with Trump!

I don't want Trump to be shot. Just to have his career shot.

Actually I thought she made pretty good sense. I need a woman with no sense of judgment at all.

Yes, stopping time is an extreme way of stopping Trump, but I'll take it.

Any way we stop Trump is a good way to stop him. I just hope that if time stops, I'm enjoying myself!

I just love this fantasy piece, Perry. Oh, if only we could change things and stop time. Thanks for the laugh!

You're with me, so of course you are!

Yes, I wish we could change things. I just need a small nip and a tuck to everything that ever happened in my life.