Just What the Doctor Didn't Order 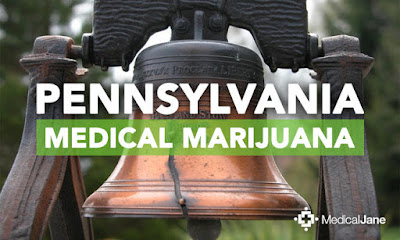 It's often been said that Pennsylvania is actually two states, not one. These two states are:

2) All the rest of Pennsylvania that ain't Philadelphia.

The legalization of Medical Marijuana is today being seriously considered in the state. Both of them!

So I called my family doctor.

"Dr. Kropotkin!  I can't believe I got you on the phone."

"This is your longstanding patient, Perry Block."

"You know, Dr. Kropotkin, sometimes I wonder if you actually are that busy or if it's me."

"Doctor, I understand medical marijuana may be coming to Pennsylvania soon."

"So they say.  Twenty-five seconds left."

"Well, I want to get on your radar for some dope --- I mean medical marijuana --- when the time comes."

"Perry, I can't prescribe medical marijuana for no reason at all."

"No reason at all?!! I'm a virtual walking ER of symptoms!"

"My scoliosis.  You know my spine is shaped like the piping under your kitchen sink."

"Perry, medical marijuana is not going to straighten your spine."

"I know, but the more I sit around contemplating the universe the less likely I am to care about it."

"Don't forget I have vitiligo.  I have white patches all over my skin!"

"Perry, your dermatologist Dr. Joy Davis has advised me your case of vitiligo is not that bad."

"Not that bad?  Cruella de Vil has been stalking me for my coat!"

"Everybody has eye floaters."

"Mine are the size of a Buick."

"Buicks are fashionable now.  Look, over there, that guy getting out of one outside the nightclub: that's not your grandpa!  Ten seconds."

"Go to the foot doctor and get them cut off."

"I'll never make it. You have to walk across a former Civil War battlefield to get to her office."

"For the sake of the medical profession, I hope not."

"My psychological problems:  Rampant insecurity, aging angst, and my desire to return to the womb provided they put in a wet bar."

"Oh, crap!  Okay, how many ounces do you need and what flavor do you prefer?"

"I'll leave that up to your professional judgment.  And oh, Dr. Kropotkin?

"Could you also write me a script for a very nice bong and a psychedelic poster of Jimi Hendrix?" 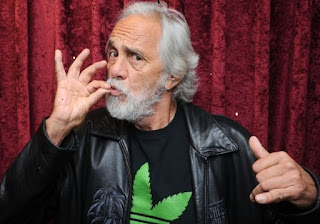 If you liked this post, you may also like Rocky Mountain High, Why Do You Think They Call It Dope?, and It’s Always Smokey in Philadelphia.


If you hated this post, I hope your doctor writes you a script for Medical Marijuana and it turns out to be oregano!

Medical Mary Jane was on the ballot here 4 years ago and failed by less than 1%. We're supposed to get to vote on it again this year and possibly one on flat out legalizing the stuff. If that happens I may hang up my printer's apron and take up farming.

The states that have legalized it are rolling like fat cats in their found source of tax revenue, leaving other low income states (like Arkansas) to drool like Pavlov's dog.

I've signed the petitions under 14 different names and plan to vote under at least 6 or 8 more. Let's go green!

That's an intriguing definition of going green, but there seems to be little reason not to approve medical marijuana considering the good it can do for people, notwithstanding possible abuse by people like me.

I'm assuming you signed the petition under 14 different names because you were too stoned to determine which one was actually yours. I hope if you finally get a script for some you realize it's for you before there isn't any marijuana left in the state.

In my actual life, I haven't done any dope in many years but certainly did more than my share years ago. I'm not sorry I smoked dope, but sorry I did it so much. In fact I did it so much that I'm 65 years old and still sitting in my apartment in Boston air planing roaches. I just gotta get a job!

Medical marijuana is legal in Nevada. You wouldn't believe how easy it is to prescribe. although I haven't. The MD just has to say that you need it for some medical condition like - writer's blues, lack of muse, I can't get motivated to finish my draftitis, hate everyone in my shitty novel angst, no one thinks I'm funny syndrome and other maladies. You and Russell (and me) should get to have it intravenously. Just my medical opinion.

I'm tellin' ya, doc, I got writer's blues, lack of muse, I can't get motivated to finish my draftitis, hate everyone in my shitty novel angst, and no one thinks I'm funny syndrome. And that's just on Mondays. Plus I want to give a whole lot of it to my friend Tracey! After she prescribes it.

Looking forward to getting stoned with you at Starbucks.

Between the two of us at our age we ought to have enough ailments to stay stoned until closing time.

I got dem writer blues too. My muse takes off chasing imaginary butterflies every time we start to write.

And poor old Perry is having conversations with statues of Greek Gods hoping to co-write a novel (or a tell-all expose). I think we both qualify for a script.

I can smell the dope - I mean, medical marijuana - wafting already!