The Invention of Umbrellas 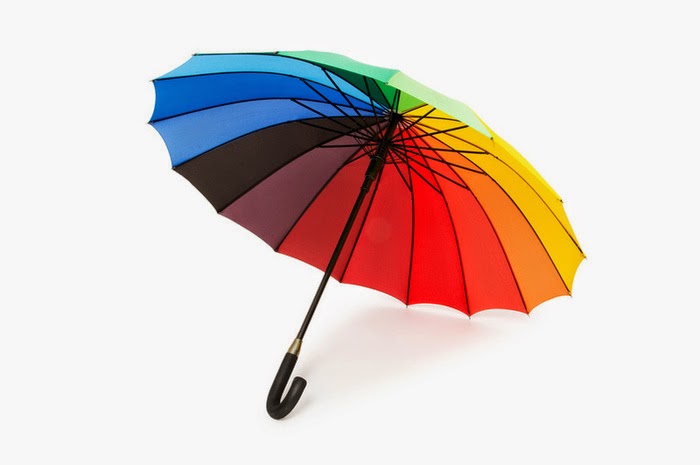 A Race to the Finish to Win World War II!

It is more or less a common household item today, but once it was the storied goal and subject of the most significant and secretive project in the history of the United States.  Both Allied and Axis parties raced to be the first to develop it, knowing its tactical superiority would all but guarantee victory in the worldwide conflagration known as World War II.

Thankfully the Allied powers prevailed and were first to create a fully functional working umbrella.  And with it,  the modern era of military rain repelment began.

Throughout history,  warriors have been continually plagued by sudden downpours of liquid H2O.  Falling rain produced slippery terrain for fighting, uncertain handling of spears and bayonets, and profoundly bad hair days.  In 480 BC, the Persian army overran the fabled 300 Spartans when an unexpected shower sent 283 Spartans off to their stylists for emergency blow drys, leaving only 17 bald Spartans at Thermopylae on the defense.

Whole wars often turned on which side was able to keep its underwear drier while slaughtering and dismembering the opposition. Sometimes entire battles had to be cancelled and rain dates selected. Often many soldiers had pre-existing commitments and couldn't make it on the rain date, and if the sides were significantly uneven soldiers on one side would have to shirt up on the other.

So devastating to the art of warfare was rainfall  that great military leaders have often decried its awesome and destructive  power:
Rain continued to disrupt warfare into the 20th Century, greatly impacting the trench warfare of World War I as the unprotected battlefront trenches filled up with water like the pool at Jay Z's house.  As the Second World War began,  Hitler declared development of an effective rain repelment system the Number 1 priority of the Third Reich, along with a pair of convincing mustache extenders for his overly close cropped mustache.

The rain repelment race was on!

Enamored with new concepts of rain repelment, brilliant research scientist J. Robert Oppenheimer secured a meeting with President Franklin Roosevelt.  President Roosevelt's initial reluctance to fund the project was thwarted when a sudden downpour rusted his cigarette holder and extinguished his Lucky Strike. The highly secretive initiative then established came to be called "The Manhattan Project" because the President liked to drink those as well as smoke Lucky Strike.

Next, vast sums of money were appropriated and the best minds in America, some actually attached to bodies, were recruited to devise a method to avert raindrops, now referred to as an "umbrella." However, initial prototypes with goose feathers, fishnet stockings, and aldente spaghetti stretched over a metal frame proved unsatisfactory.   Hopes dampened, along with the volunteer troops standing under the prototypes.

Then Oppenheimer hit upon the dazzlingly innovative concept of stretching canvas over the metal frame. Six months later when he determined the canvas should slope downward instead of upward - which had caused the canvas to fill up with water like the pool at Jay Z's house - the umbrella was born. 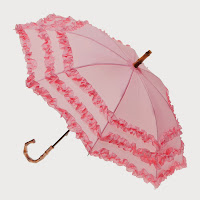 The modern era of warfare debuted on D-Day, the 6th of June,1944, when thousands of Allied troops stormed the Normandy Beaches in France, each one clutching a flowery pink umbrella with tassels.  The color and styling of the new invention had yet to be worked out, but the dispirited and soggy Nazis quickly surrendered to the cool, calm, and dry as a Martini (which the President also liked) Allied forces.

In honor of J. Robert Oppenheimer's great achievement, the phrase "oppening an umbrella" was coined  and remains in popular usage today. Sometimes it appears as "opening an
umbrella."

But why is his great discovery called an umbrella?

And I thought they were only useful for decorating tropical drinks. I hope to be able to afford one someday--a tropical drink, that is.

That use came later, along with Gene Kelly dancing with one. It's amazing how far a product can come in just 70 some years. I sure wish I had thought of it, it seems so simple! Oh, here's a tropical drink, Russell ...

Very informative, but I wonder, which came first: the umbrella or galoshes? Sadly, no one ever writes about galoshes. They're the water-repellent stepchildren of the accessory world.

Galoshes? What are galoshes? Are you from the future or something?!