So, Do You Still Love Obama, Perry? 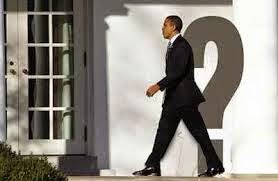 "So, Do You Still Love Obama, Perry?"  asked my friend George the other day.

"Well," I said, "no doubt he's made mistakes.  He's done some good things and some bad things.  And though I tend to like it,  I guess the jury is still out on Obamacare."

Now understand that both George and I are lifelong Democrats.  George has never  said a positive thing about a Republican other than complimenting Ronald Reagan on having good hair, and although I have occasionally voted for Republicans over the years, I have always thrown up afterwards.

"How are we ever going to figure out if we still love Obama?" I asked George.

"There's a group I know of that's having a meeting tonight. It's called the Still Lovin' Obama (?) Society."

That sounded like the place to get answers, so George and I headed for the meeting.  As we entered  the building we saw a large poster of Obama peppered with both big red kiss marks and pointy darts. Nearby a small group was plucking the petals off daisies.

"Strange group," I mentioned to George.

"Springing up all over the country!"  he replied.

As we entered and waited for the meeting to start, I overheard attendee after attendee muttering in hushed tones.

I guess the jury is still out on Obamacare ...",

The evening 's speaker approached the podium.  He was a lawyer, a doctor, a CEO,  a jet pilot, star of a one-man Broadway Show, and he did it all while balancing a chair on the edge of his chin. He had spent a lifetime studying foreign affairs, politics, health care, Persian bodily fluids, and the history of small kitchen appliances.  He began to speak and we craned our heads forward.

"Now we'll find out at long last," I said to George, "if we still love Obama!"

"No doubt he's made some mistakes ...." began the speaker.

"But the real question is not whether we still love Obama," he went on. "It's whether we love Hillary!!!"

Well, it's easy for you, Janet! You have no indecision whatsoever as to whether you love Obama. Darn you!

Thanks, KB. I'm trying to reach the evening's speaker to write it for me while balancing that chair on his chin right this very minute!

Amen, to that Perry. Here in Arkansas, there's not a Republican running who even knows what the issues are. All they talk about is how they are against Obamacare and how they'll work to repeal it. I doubt any of them even know squat about the program.
Personally, I never figured out how Obama beat Hillary in the primaries 8 years ago. She is by far the smartest of the two, even if he is better looking.

It looks like you have a couple years to make up your mind...

He is better looking now but, as you know, she was very cute when she was younger. Not that it's important that a president be cute, but if they're going to screw up anyway they might as well be cute while screwing up. Like you and I are.

Maybe the post will be funnier by then too.