The Cosmic Case of Role Reversal 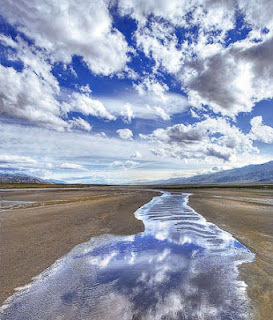 Last Thursday my 18 year old son Brandon and I were watching TV when he turned to me and said:

For anyone who grew up in the late 60's/early 70's who'd ever encountered a similar remark from someone of a dissimilar generation, this was indeed a  moment of role reversal of cosmic proportions. If the child is father to the man, how did the millennial child ever come to make the same statement to the Baby Boomer father that the Greatest Generation father made to the Baby Boomer child some forty odd years ago?

The best way to deal with all this unsightly sightliness, I  determined, was to cover as much of it as possible, and as it had been years since I danced the Dance of the Seven Veils, the second best cover-up seemed a beard. And thus, a month and a half and a couple of applications of Just for Men (dark brown) later, the first Perry Block beard of the new century was born. 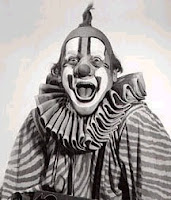 Now to me, as well as to many of my era,  a beard equals long hair like E =MC2 and one and one and one is three.  So I began to let my hair grow, ignoring the two major concerns that long hair wouldn't work with my old face and  that I didn't have enough on top to carry longer hair on the sides and would wind up looking like Clarabelle the Clown from the Howdy Doody TV show of 1950's fame and of  my youth.

But I pushed on, aided by a myriad of hair thickening products and the resurrection of a hair dryer so dormant the instruction book actually includes the picture on the left. And over time as my hair grew I was beginning to feel serene in my perhaps fool's paradise --- but paradise nonetheless --- of my latter day return to hippie dippie freakdom.

That is, until that express moment of cosmic role reversal when while watching  TV my son turned to me and said:

"Yes, Dad, you look retro-sixties for a guy in his sixties.  Cool?  I'll leave that up to a woman in her sixties."

"What I take it you're saying, Brandon," I countered,  "is either the long hair doesn't work with my older looking face or I don't have enough on top to carry the longer sides."

"For starters?!  Brandon, I think you're being kind of unfair!"

"I think I see the problem," I said, now full on exasperated.  "You're assuming that my longer hair is some kind of political statement, which it is not."

The Cosmic Fates were now fully aligned. Would I stand tall, or would I sell out to the man ... or in this case, to the boy?

"I'll get a haircut, Brandon, when I'm good and ready!" I shot back defiantly,  just as I had so many years ago.

"How about 9:30 tomorrow morning?" said Brandon, picking up the receiver and beginning to dial.

I guess the Fates will push even the most cosmic case of role reversal only so far. 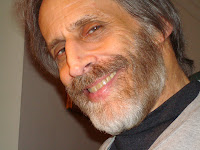 If you hated this post, OMG, it's incredible, all your hair just fell out!

Why? You ever know me to complain about aging or baldness?

Funny entry, Perry. I can relate! And how handsome you look with a beard.

I bet you say that to all the Nouveau Old, Formerly Cute Boomers!

Pop open a Dos Equis and claim to be the world's most interesting man. You may want to work on your accent. Otherwise, I see you being swarmed by geriatric goddesses with blue hair drinking prune juice.

Hmmm. Whose advice do I take? My wise son with my best interests at heart, or the hot younger Jewish chick I'm trying to connect with?

I guess I can wait another couple of weeks or so ...