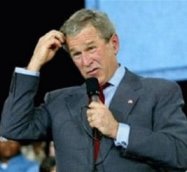 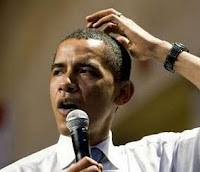 It's one of the oldest and most embarrassing  situations known to humankind!

It happens to all of us. You're walking about by yourself in the neighborhood, the downtown, or at the mall, and you're all alone with your thoughts. Personally, I don't like to be alone with my thoughts because I don't trust my thoughts; what if they try to borrow money or even worse, come on to me?

Suddenly you spot someone at a distance whom you think you know.  And then that person appears to spot you too,  and you sense that his or her hand is about to be raised in friendship and/or the corners of his or her mouth about to curl into a warm and welcoming smile.

So what do you do?

You raise your arm and wave hello.

And what does that person do?

And you experience a moment of shame, embarrassment, and humiliation almost as intense and excruciating as if you had been caught listening to ABBA!

There is only one move now!  In all of recorded history, with millions upon millions of such incidents having transpired and continuing to transpire each and every day,  there is only one curative act --- though sadly and woefully inadequate ---  that has ever been devised by humankind.

And in so scratching, you hopefully communicate ….

"What? You thought I thought I knew you and was waving at you?

I never for a moment thought I thought I knew you and was waving to you!"

"What? You thought I thought you were about to wave at me and not the much cooler guy standing behind me that you’re now embracing?

Wait a minute!  That guy’s cooler than me!??  He looks like the love child of Andy Dick and Ben Stein!"

One time while endeavoring to execute the scratching maneuver, I pulled an epic blunder that actually managed to make the shameful situation up to 35% more humiliating than normal (with plus or minus factor of 8%).

Instead of scratching my own head, I scratched the head of the guy I was waving to.


But then all of us are inept when it comes to that frightening faux paux which has afflicted the planet since the first cave person lifted his club to smash in his opponent's skull only to discover his opponent, club in hand, was merely stretching.

you and I,
and  Julius Caesar,
and Ben Franklin,
and President Obama,
and the Wesing Your Tweets guys,
and George Bush,
and Bill Gates,
and even Albert Einstein,

and, yes,  some guy named Xontar in the 24th Century

did, does, or ever will do when that  most embarrassing  of situations known to humanity arose, arises, or ever again will arise unto the end of time!

*grinning big and waving, nearly jumping up and down with excitement and getting ready to hug you*

Hey, wait a minute! No one told me Scarlett Johansson was in town, let alone walking behind me. What? Me waving at you? No, I was just drying the polish on the nail of my longest finger.

*turning my back, stalking away, trying not to cry*

No, you're wrong! Of course I was waving at you!

I thought you might introduce me to that hot April Grace Reilly, who is now in her mid-30's and ... ahem ... sort of in my age range.