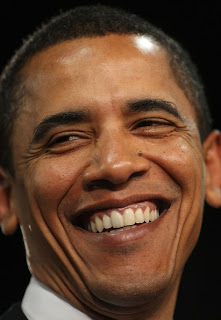 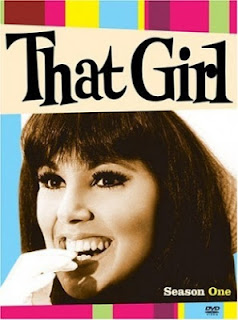 And you'll be that President too!

I happened to catch a few moments of the radio program of a conservative talk show host the other day, and I was immediately struck by the number of  times he used one particular phrase:


The conservative host's choice of language seemed to me to be an oddly dismissive way to refer to anyone, let alone the President of the United States. How readily those right-wing jeers would turn to cheers, I thought, if our genial host had changed but two letters of his repetitive mantra.

What if  instead of haranguing us about "this President," he had spoken to us rather about the perky, spunky, can't help but capture your heart Chief Executive known to one and all as:

Chief of Staff Lynde:  You've really been on a win streak lately, Mr.President!  Your jobs bill is sure to pass Congress,  you've just gotten engaged to your longtime girlfriend, Michelle Donald Hollinger,  and the Republican presidential front runners are all a bunch of boobs!

President Marie:  Thank you, Paul.  Though you really shouldn't use the word "boobs" here in the 1970's!

Chief of Staff Lynde:  Ha, ha, ha, Mr. President! I'll have to remember that one when I'm the Center Square.  You know, Hollywood Squares had to schedule a last minute replacement  this week:  Phyllis Diller's going to be on in place of Muammar Gaddafi!

Cut to a shot of Muammar  Gaddafi, dressed in lavish robes and sunglasses and  surrounded by female bodyguards, generals, and a huge array of sycophants.

Gaddafi: I will easily crush this uprising.   I am a fabulous leader, my people love me, and I have great dimples too!

A quick turn-around shot and Gaddafi is seen surrounded by a ferocious mob about to tear him limb from limb...

Chief of Staff Lynde:  It's all due to your policy of letting NATO take the lead, sir! And look, here comes your fiance,  Michelle Donald Hollinger!

President Marie:  Oh, not again!  I guess that means Chinese food with Bernanke picking the spot!

President Marie:  But I didn't order any pizza ...

In comes Republican Presidential hopeful Herman Cain, bearing a pizza box.  He looks grim and serious for several seconds, then breaks into a wide grin.

President Marie (taking the cigarette and lighting up):  Herman, you old card, you!  How're the harassment charges going?

Herman Cain: Who knows?  I know as much about any charges against me as I know who's the President of Ubeki-beki-beki-beki-stan-stan!

Loud raucus "poking your neighbor" in the ribs laugh!

President Marie:  Well, what's new in the campaign, Herman? Any of the hopefuls self-immolate today?

Herman Cain:  Word is that Michele Bachmann was staring so blankly ahead yesterday that she actually turned two of her followers to stone.  Not that they could have been all that animate to begin with!

Chief of Staff Lynde:  Oh, who could  ever take you on, Mr. President?  You're perky, spunky, and you can't help but capture everyone's heart!


You'll be That President too!

And sorry, post-Boomers, if indeed any of you have read this far, I realize this post was rather elusive.  It's based on a late 60's-early 70's television show featuring Marlo Thomas as That Girl!, which, believe it or not, we all thought was hip back in the day. Watch an episode or two if you can; boy, have times changed!

Where's the guy who hates perky?

President Marie doesn't have to bother about throwing hat into ring. Especially since it's up there *points to sky*

If only they made TV shows, and Presidents, like "That Girl" anymore!

Good point about the dismissive way people talk about the current president. However, I'm not sure the other candidates are really as observant as you make them out to be in the dialogue toward the end.

I'm not sure I made anyone all that observant in this piece except for giving Herman Cain credit for knowing what he doesn't know which in reality he doesn't know.

I hope you like that sentence as much as I do!