An Open Letter to the Non-Millionaires of America 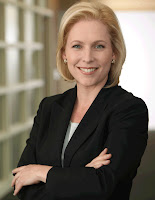 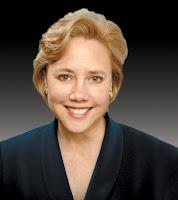 Senators Gillibrand and Landrieu
If you'd like to talk about them, just call.
Because we care!

﻿We, the members of the Republican Party of the United States of America, truly care about each and every one of you.

Especially when we’re on the back nine.

Because we care, we’re letting you know that shortly we’ll be slashing to ribbons every single wasteful spendthrift social entitlement program in the United States budget, including Medicare, Social Security, and Free Giveaways of Government Surplus Cardboard. There will not even be any ribbons left after we slash them to ribbons because we plan to slash the ribbons to ribbons as well.

But don’t worry, dear underfunded friends.  You won’t be hurt in the least!  All you need do is become a millionaire before the cuts take effect.

1) Have passionate and repeated sex with a member of the Obama Administration or a Democratic member of Congress, then blackmail him or her for millions of dollars. Even without a Clinton, Kennedy, or Edwards around, every Democrat is a seething, slobbering, cesspool of a pervert just waiting to pounce on pure, innocent and unsuspecting Republican women, if only there were any attractive ones.

Note: If you’re a guy and you manage to pull this off with Senator Kirsten Gillibrand of New York or Louisiana Senator Mary Landrieu and you’re indiscreet and feel like talking,  please give a call.  A sex tape would be heaven!

2) Start yourself up a business. Design an innovative product no one’s ever thought of before, arrange the necessary financing with the investment banker of your choice (we recommend J.P. Morgan Chase, Bank of America, or Royal Bank of Scotland), and set up a non-union manufacturing plant, preferably in a southern state. Or go off-shore, the costs are even lower!

3) Gamble!  No casinos where you live? Solicit your professional organization such as the American Medical Association (AMA),  the Committee of Unctuous  Lawyers (CUL), or the National Alliance for Nepotism (NAN) to hold its annual convention in Las Vegas or Atlantic City. Or better yet, join the National Rifle Association (NRA) and we’ll get our buds to hold their convention somewhere in a red state that has legalized gambling. Bring lotsa quarters! And bullets!

For more great ideas on earning plenty quicker than you can say Pawlenty, please see Perry Block’s perceptive piece “Idea or I-Dud,”  but forget the suggestion about Republican candidate bobble-head dolls because we’ve already been there, done that.

And once you’ve become a millionaire, you won’t even have to pay taxes! We’re taking care of that for you too --- because we care.

We, the members of the Republican Party of the United States of America, can’t wait to welcome each and every one of you aboard the Yacht of State of our great country!

Just don’t ever expect us to play golf with you.

Thank you very much, Gary!

You are either a staunch Democrat or a Republican who can't get a good tee off time.