"Even More Ways that I, Donald J. Trump, am Better than Obama" 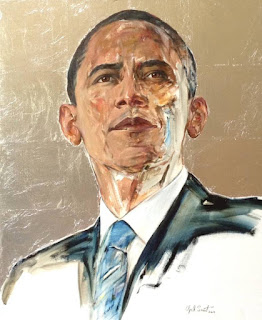 "My hands are smaller and daintier than Obama's."

"Has Obama ever given Putin a sponge bath?"

"Obama comes from Kenya while I, a true blue American, don't even know where on the map of South America Kenya is!"

"A family of egrets is living in my hair. Obama only has some mild dandruff."

"Not only did I insult John McCain I insulted every POW in history. Obama never even insulted John McCain."

"Obama's only had one wife. I've had three!"

"My ears are smaller and daintier than Obama's."

"Did Obama ever get birdies back to back on Martin Luther King Day?"

"Wait til you hear me sing Amazing Grace!"

"Everything about me is smaller and daintier than Obama's."

"Obama ever found a University named after him?"

"Have you ever heard Obama say anything as bi-partisan as There were very fine people on both sides?"

"I know how to have WAY more fun in Moscow than Obama does."

"Sean Hannity likes me best.  But you knew that."