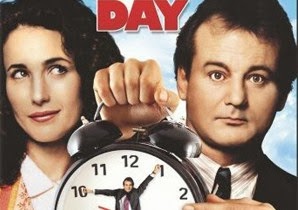 The untimely loss of writer/director/actor Harold Ramis this week has caused many of us to take another look at many of this films, and in my view none is greater than Groundhog Day.

This intensely original and perfectly rendered motion picture tells the story of self-centered weatherman Phil Connors who finds himself living the same day over and over again - Groundhog Day - and eventually comes to use his plight as an opportunity to better himself and those around him.*

All of us dream of the chance to do over those things we've messed up, but somehow if given the opportunity I doubt things would turn out as well for you and me as for Bill Murray in the film.  Let's check out a few scenes from the long awaited sequel to Groundhog Day entitled ....

"Good morning, Tawneykitaen PA!  As we all know, today is March 13 ---Warthog Day --- when our nationally famous warthog Tawneykitaen Bill emerges from his cesspool and predicts the future.  If he sees his shadow, there will be six more weeks of existential angst throughout all the peoples of the world; if he does not, it'll be kind of cloudy."

"Perry, over here, we're setting up for the shot of Tawneykitaen Bill."

"Here you go, Rita and Larry!  I've brought you coffee and danish!"

"Take your coffee and danish and shove it, Perry!"

"It only took you 83 Warthog Days to think to bring it, jerk!"

"We know you're living the same day over and over again! Say, who'd you have to shtup to get that deal?"

"Why you?  Why not someone deserving like Abraham Lincoln? Why not Mother Teresa?!   Why not Elvis?!!!"

"It's Ned Ryerson, the insurance man!  Come on over, buddy!"

"It's been 126 Warthog Days until you finally acknowledged me! And only because at this point most people in this town are sick to death of you!"

"All right, Ned, I'll buy insurance! Life. Health. Pet. I'll insure a boat and I don't even have one, I get seasick!"

"Yeah, and when are you going to pay me for the policies you already bought, creep? Let me guess: Tomorrow?"

"Two bucks, fifty! What kind of lousy cheapskate are you, Block?"

"Everybody knows you! I suppose I should be grateful, you didn't give me a damn dime for the first 253 Warthog Days you lived through!"

"I got a lot of strength left in me when I get riled up! Who did you shtup to get this do-over deal?  Satan?!"

"I have to say your piano playing is terrible, Mr. Block.  It makes ABBA sound almost like music."

"But this is just my first lesson with you.  I can't be expected to..."

"First lesson? Try 347th lesson, schmuck! Everyone knows you get to repeat Warthog Day over and over again."

"Yes, but I'm trying to better myself each day by...

"By playing lousy piano? Why aren't you doing something worthwhile? You should at least be Batman by now, you've had plenty of time to prepare!"

"Well, I tried that, I looked bad in the tights."

"Look, Rita, I've made a lovely ice sculpture of your face!"

"Terrific, Perry.  You've received the greatest gift ever bestowed upon a human being in all of eternity ... and you play in the ice and snow!"

"Pathetic.  1,258 Warthog Day do-overs and you're building snowmen! Why aren't you at least Batman by now?"

"Because I look bad in the .... oh, never mind!  At least I saved Brian Doyle Murray from choking to death earlier in the film!"

"Big deal. What movies has he been in lately?"

Well, I was right. Sure doesn't look like things are going to turn out as well for you and me as they did for Phil Connors.  Or that Warthog Day is going to be nearly as big a hit as Groundhog Day.

Of course, there's a reason for that. 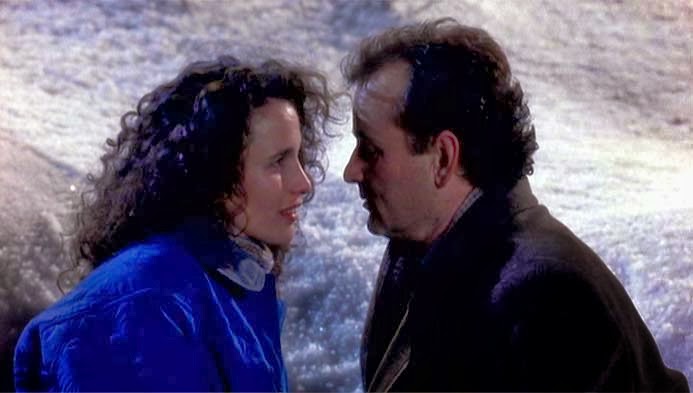 * If you haven't seen Groundhog Day, don't wait until next Groundhog Day to do it. Also don't read the rest of this post, because it will make even less sense to you than most of my other posts.

Dear Perry,
This is barely passible, so you have to keep rewriting this post over and over again, not that we have any confidence in it turning out for you like it did for Bill Murray. Geez, I miss Harold Ramis more every day.

Me too. Plus I miss being able to write funny! Thank you for commenting, Russell.