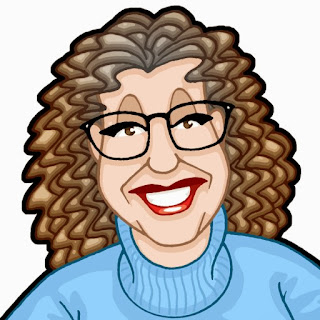 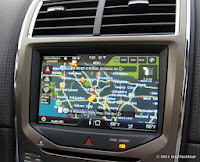 I’ve always had a problem with directions.

So I went out to buy a GPS.

But which one to get?

There was the New Yorker GPS which sneers  if you ask directions to anywhere outside of NYC, the French GPS which gives directions that insult you, and the Comic Con GPS which takes you anywhere you want to go as long as it’s in Gotham City!

I chose the Jewish GPS. How could I go wrong with a GPS that understands my ethnic identity and has the ability to locate places with great corned beef whenever I’m outside my home territory of Philadelphia?

"Now, Jewish GPS," I said as we left the store, "kindly direct me to 489 North Cavendish Street."

"You bought the Jewish GPS with the matronly voice, boychick.  Hot is extra.”

“By the way, you’re looking frightfully thin!  Doesn’t you wife cook for you?”

"Single at your age!  What's the problem?  No steady income? You gamble?  Gay, bubbeleh?"

"Please, Jewish GPS! Just give me the directions to 489 North Cavendish Street."

"Drive straight for three blocks, then make a left on Buchanan Street. Go to the light and make a right. That's Fulcrum Road."

"Then proceed about 100 yards to 453 Fulcrum, there's a nice Jewish woman lives there, 57 years old, an accountant!  Not a beauty, but neither are you!”

For the next several days, the Jewish GPS was carping, disagreeable, and always finding fault. I didn’t drive right, didn't park well enough, and wasn't anything like Joel, the Jewish boy who programmed her at the factory who goes to shul each week and never fails to call his mother.

"Jewish GPS, please give me directions to 15 Glasser Street."

"Why, so you can see some shikseh there?"

"What kind of food?"

"Burgers, fries, that kind of thing."

"Chazerai!  Why don't we go back home, I'll make you matzoh ball soup."

" I'm a Jewish mother first! I just need a chicken, some dill, and matzoh meal."

"We could get that at Acme.”

"Sure, Jewish GPS!  Turn left on Medford Street and continue straight for 1/10 of a mile … don’t go into the sea … your destination is on the right."

And her kugel is to die for.

This made me smile :) You should ask your loving GPS to take you outlandish places just to see her reaction. Or see if she has a good referral on a dentist.

As a non-Jewish woman. I happen to LOVE matzoh ball soup and make it often. Infact, I'm going to make it today. I could put dill on anything. Nom

She has a lot of referrals on dentists, but she always wants me to marry them. Some of them are even women. Thanks for your comment, LadyJ. Send me some matzoh ball soup next time ya make it!

I knew they had Redneck GPS, because that story won $300 when I entered it in the Showcase Award Contest at Ozark Creative Writers. It's name was Bubba (naturally). I like your Jewish version. Maybe she can fix you up with a rich Sugar Mama.

A rich Sugar Mama who's way younger than me! I hope. I wanna kiss someone with teeth. Anyway, I want to read the redneck version. Please send me and my one reader the cite!

What a hoot, Perry!! I love your Jewish GPS. She'll keep you on the straight and narrow. Maybe one of these days you'll be lucky enough to find a SouthernBelle GPS! Now, THAT would be a hoot, hon!

A Southern Belle GPS! "Lordy,Miz Scarlett, can y'all tell me how to get to Tara?" Vivien Leigh! How beautiful! Oh ... you meant someone like Minnie Pearl? I'll stick to the Jewish one.

Yes, I should have known better. There was a warning label said exactly that!