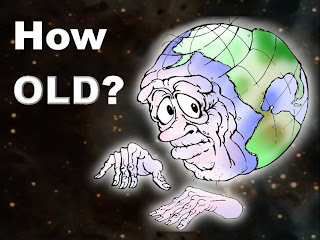 This year, by some quirk of the Hebrew Calendar, the Jewish New Year comes early and falls around the time of my birthday on September 12. Since the period of the New Year lasts from Rosh Hashanah to Yom Kippur, this year September 5-14, and the New Year celebrates the anniversary of the Earth's creation (just go with it, folks),  in 2013 Planet Earth and I are celebrating our birthdays together!

That is, if you can call my birthday at this fakakta age anything to celebrate.

You're not going to wish it back to me? Oh, the awful singing. Sorry!

So you're 5774 years old now, Planet Earth? You don't look bad for your age. A few fissures here and there, you're losing some rain forest, you're a bit flabby in the Governor of New Jersey Department, but not too bad overall.  Definitely better than Joan Rivers.  Umm, aren't you going to repay the compliment?

What's that? I look like crap for 63? Thank you very much! Y'know some people say you lie about your age, you're actually billions of years old.  Fuck me?!!!  That's not very nice, but what can you expect from a planet that houses ABBA!

Cheap shot?  Yeah, but you deserved it!

By the way, Welcome to Virgo, Planet Earth!  It's the lamest possible sign of the Zodiac for a guy.  Oh! You're a chick! I should have realized - Mother Earth. But Virgo the Virgin isn't such a great Zodiac sign for women either. Why? Because it implies you're .... But you're not, you're not!  I think Europe is especially fetching. Tell me, what kind of year did you have when you were just a kid at 5773?

I see. Middle East. Shootings. No gun regulation. Tornadoes. Hurricane Sandy. Tea Party. Ben Affleck as the new Batman. Jesus, you had almost as bad a year as I did!

So, how do you plan to celebrate your birthday? Having some people over? A couple of million? I'll have to bring out the folding chairs then. Who's coming? Mostly Jews? Why's that? Oh, because they buy into your age fetish.  Gee, guess you don't reminisce too much about the Pre-Cambrian Period when they're around!

Me? Gonna spend a quiet birthday writing.  How's my writing career going? Hey, nice of you to ask, Planet Earth!  Not bad, don't have a lot of fans, but I think I'm on my way to some kind of success. What's that? They'll solve global warming first?  Thanks, you spherical shithead, I hope you fry you ass off!

After I'm dead of course."

Happy Birthday, Planet Earth!  Hope you have a Happy and Healthy Year!

For all our sakes.

Amen to that, Perry! Poor planet earth has been subject to a lot of abuse, especially since Al Gore invented the internet.

My eldest brother, Gordon, was born on Sept 12th too. Unfortunately, cancer ate him up a few years ago, but his ghost still harasses me every now and then.

Sorry to hear about Gordon. I hope he was a lot older than you and that his family is okay.

As for the planet, well, she's been through a lot but still looks pretty good. And way younger than Joan Rivers.