A New Joke for Humanity 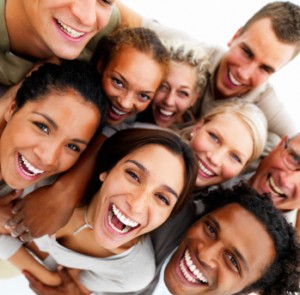 As many of you know, I happen to be somewhat of an inventor. And in my sincere hope of bringing merriment and joy to the world, I have invented a totally new form of humor!

I call it the New Joke for Humanity. (pat. pend.)

Never mind the fact that last year I invented the world's first pair of pants that makes you look Jewish.  Although I was quite proud of the patented "Crouch Control" spandex  feature, not only did my pants fail to catch on with the American public, I'm facing lawsuits from half a dozen men who bought them including one guy who came down with something called "Inverted Penis Syndrome" who's being represented by Alan Dershowitz.

But the New Joke for Humanity will be different.

We live in an age crying out for humor. "Shit My Dad Says" still has three million followers, Kristin Wiig is given a send-off on Saturday Night Live as if she were Charlie Chaplin, and in some remote pockets of the northernmost reaches of the central United States, Jay Leno is considered sporadically amusing.

So several weeks ago I retreated to my Comedy Laboratory  (Note to Self:  Invent Comedy Laboratory)  intent on creating  a joke guaranteed to make you laugh your bejesus off!  BTW, unlike your ass, you can survive quite well without a functioning bejesus.

After weeks of working feverishly without food, drink, or rest --- which will be condensed into an action-packed montage when the movie is made --- I fashioned the first three prototypes of my New Joke for Humanity:
Cute premise, huh?  Thank you very much!

How do I know I have actually invented this revolutionary new joke format and that no person before me has ever scaled the heights of this incredible Mt. Everest of Comedy?

Frankly I've conducted extensive and painstaking research in dusty libraries, esoteric museums, out-of-the-way antiques shops, and third-rate comedy clubs all throughout the world (or Google has) and found only one instance in history of the existence of a similar joke. That joke was delivered by an obscure young Greek comic named Drolius at open mike night in the Athens Lyceum in 427 BC.

He did orate as follows:


It didn't get a laugh.  Drolius went on to sell aluminum siding for Ionic and Corinthian split levels.

So when it comes to the New Joke for Humanity, I be da man!

Here, Humanity!   A few exemplars of the world's newest joke to LOL you to sleep:

Want to play around with the New Joke for Humanity yourself?  Be my guest!   But you better do it now!   Once the patent issues, there will be royalties.  Big time.

"Because as sure as I'm that young-looking sportscaster named Bob,  never forget what'll happen if any one of us tries to make unauthorized use of Perry's invention," jokes Costas!

Humanity is one thing, my friends.  Business is another! 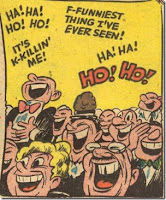 "I just don't remember what happened that time we had sex twice in one night," he came back at her.

"It's so cold, everything you put in the ground freezes in place," said the farmer's son. "Why, it even made Pop's sickle stick!"

That's funny, but a bit of a variation on the New Joke for Humanity format.

Crap, I think you've invented your own joke! Now I can't charge you and you may get more famous than me!

But thanks for writing, Anonymous ...