No Country for Dirty Old Men 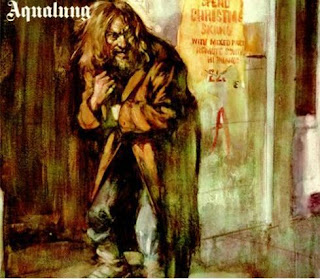 At what age does one first officially become a dirty old man?

This is a rite of passage in our culture nobody talks much about.

Authors don’t chronicle its sweet blossoming. Songwriters don’t rhapsodize about the kickin’ back, lovin’ life, feelin’ groovy exuberance and sense of possibility it sets free. And rabbis don’t give sermons about how today “you are a man - that is, a dirty old one.”

You don’t even get to receive a diploma from Hugh Hefner.

I started to notice something untoward several years ago when my sexual fantasies began to change. Each and every one of them began to require a lengthy preamble explaining how it was that the young women who starred in them happened to be incredibly sexually passionate and aroused over someone who best fit the description of their dad’s bowling partner.

It is a cruel and unfair fact of life that regardless of how we older guys may look - even if we look like we’ve been dunked in a vat of hydrochloric acid - we see women our own age as more the type of person we’d prefer to have knit us a sweater or bake us a pie than engage with us in activities that may entail the shouting out of four letter words.

It ain’t fair and it ain't pretty, I know.

But then again neither are we!

So we tend to cast our askance glances at women unlikely to cast back any kind of glance at us, askance or otherwise. Women of years a bit more tender and certainly more juicy than our own.

We lust after them. We dream about them. We try not to think about the fact that the sight of any one of us and any one of them engaged in any activity more graphic than birding is something not so long ago even we ourselves would have gagged over.

Do we approach them?

The richest, boldest, and those with the most hair among us hesitate not. After all, they can afford much better preamble writers than the rest of us.

Those blessed with fewer of the above attributes buttress their courage with a drink and hit the bathroom to comb their thinning hair and practice their fading smiles before taking the metaphorical plunge, although most often the "plunge" turns out to be pratfall.

You and I down half a dozen drinks and hit the head to coax what we can out of our Custer’s Land Stand of a hairline and half-hearted smiles before we venture forth to inevitably crash and burn into the sea.

So at what age does one officially become a dirty old man?

There are no dirty old men really.

There is only all of us - 67 on the outside, 27 in our hearts - trying to make sense of it all without making too big a fool out of ourselves.

Unfortunately to the rest of the world, we resemble troll dolls hitting on Barbie.

And only the best of preamble writers could ever express the most soulful hopes, desires, and dreams of our Inner Ken.

have you tried on line dating..? I can hook you up with a few links ;)

I'll hold with the alleged on-line triumph in the form of this blogpost for athe moment. I've a feeling on-line dating may be more likely to produce on-line tripulations than triumphs, at least at this point in time.