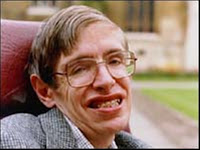 
Like most of us, I am often given to speculating about new ideas for products or services that could make me a bundle.

I’m sure you do the same.

However, unlike the lame-brained impractical ideas you come up with like the Barbie/Arnold Schwarznegger Domestic Help Fun Set, my ideas are pretty damn good.  Every one of them would stand a great chance of making big money if only the mere thought of actually putting down the clicker and implementing one of them didn’t induce in me a whining sound that literally summons dogs from miles around.

Still I’m not getting any younger (Note to Self: Come up with machine that enables me to get younger), so it’s time to get off my duff!  I’ve listed below the outstanding ideas for getting rich that have recently occurred to me, and I’d like you to get off your ass (I decided not to use the goofy word duff again) and pick the ones I ought to be putting into play.

I'm asking you to comment because I've already requested son Brandon review the list and eliminate whatever he thought unlikely of success, although why he crossed the Hillary Clinton Blow-Up Doll off the list is totally beyond me!

So tell me now:  Which of the following is an IDEA and which is an I-DUD?

(And, oh yes:  if the idea or ideas you select involve any technical or mechanical skills or know-how --- which being a Jew I obviously don't possess--- please also recommend a nice Italian man I can hire to implement them.)

Thank you!
PS. Don’t steal any of my ideas.
PPS. Once I’m famous, don’t even think about trying to contact me.

1) French Toast Which Insults You As You Eat It. “That’s the best you can pour syrup?”  “You call that masticating?”  “Instead of you, why couldn’t I have been eaten by Dominique Strauss-Kahn, just like all the others?”

2) Underwear that Automatically Washes Itself as Soon as You’re in an Accident.

3) Calculus with the Stars.  Renowned experts in the world of math and science weekly cram the operating principles of the universe down the gullets of the very top of the Hollywood D-List. Most likely Season One Winners: Professor Stephen Hawking and the Hoff!

4) Sell one shoe in tandem with a booklet entitled “The Joys of Hopping on One Foot.”

6) Develop and Market line of business cards which say “THIS IS THE FAX NUMBER, STUPID! WANT TO RUPTURE YOUR EARDRUM, GO AHEAD & DIAL IT!

7) Mean Horn, Nice Horn. Cars will come equipped with two horns, one for when some jerk almost crashes into you and another for when you just want to pleasantly signal the driver ahead of you that the light has changed. A great safety feature to have whenever you accidentally push down too hard when you intend to make the nice horn sound and create the mean horn sound and the driver in front of you turns out to be an irascible member of the National Rifle Association!

9) Edible Pornography. Enjoy yourself, then chow down on the evidence.

12) Clone-able Socks. Think this one's a winner, but frankly I’m going to need a really good Italian man to figure out the mechanics of it!

13) Create and market healthful salad that looks and tastes as good as a hot fudge sundae.  N-a-a-a-h-h-h!  Who'd care?

15) Weinergate.  Meet the newest slang word in the English language: whatever else it's used for, shouldn't it also become a synonym for zipper?  Zip up that Weinergate of yours, and spread it around!

Thank you for helping me to answer the question "Idea or I-DUD?"