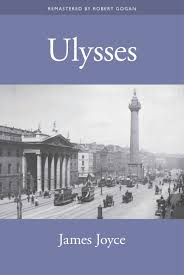 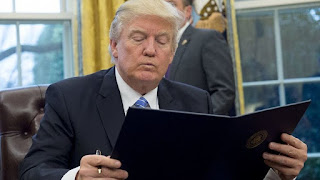 Oh boy, this isn’t going to be easy.

In fact, this may be the toughest thing I have to do in all 13 years of the two terms I serve as the President of the United States, Leader of the Free World, and very smart person who went to Wharton.

I am going to read a book.

Ivanka left me three books but I’m only going to read one because as Commander in Chief of the greatest military force in the history of the world, I’m much too busy for reading unless it’s reading my scorecard at Mar-A-Lago.

Okay, let’s take a look at the first …

A Tale of Two Cities by Charles Dickens.

Wait a minute! What does that mean? That makes about as much sense as any of my tweets.

What he means to say is:

That's much better, but this Dickens guy had the right idea.

Y'know, he's an example of somebody who's done an amazing job and is being recognized more and more, I notice!

This one is called The Great Gatsby.

Bet he’s not as great as me!  He’s probably just a Fair to Middling Gatsby. Hmm, he is a rich guy, though.  But this is silly what he does!  He actually pays for stuff!

This Middling Gatsby calls everyone Old Sport.  I like that!

“Hello, Kim-Jong-on, how are you, Old Sport?   How’s the denuclearization going, Old Sport?”

Oh, you read that too? Don't ever fucking call you that again?"

<"You'd think after all these years I wouldn't still have to call him "Sire!">

Here’s the last one, Ulysses by Joyce.

Look at how long it is! How many tweets did it take for this Joyce chick to write all this?  I’ve heard this one is sleazy, got itself banned in Boston!

"Stephen Dedalus, displeased and sleepy, leaned his arms on the top of the staircase ..."

Let’s jump to the end.

“When he asked me would I yes to say yes my mountain flower and first I put my arms around him … Now we’re getting somewhere!…yes and drew him down to me so he could feel my breasts all perfume yes And his heart was going like mad and yes I said yes I will Yes.“
And then?  Where’s the rest of it?

“Rudy, get in here! Bring me my jammies and get me a drink of water!

Then read me this book by the Joyce woman and see if you can find the dirty parts!”

It's just the way it works.

I expected he'd start wth a Dick & Jane book, primarily because he likes saying Dick over and over and it would be easy to tweet a review of such a stunning action novel.

You're right! And I understand he thinks Dick is someone who's done a good job, who's being noticed more and more.