Not Enough Hours in the Day? Introducing Schlossertime! 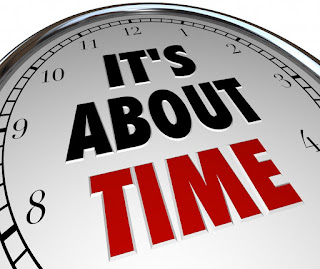 How many times have you said that there simply aren't enough hours in the day?  That you don’t have enough time to do everything you have to do?

And why doesn't somebody do something about it?

Professor Maximillian Schlosser of the University of Havertown has developed a brilliant innovation to time which breaks down each day of the year into three segments instead of two. The three segments will be:

"I have named Schlossertime after myself," adds the professoor, " because none of you idiots thought of it!"

Under the new daily structure, Daytime will start the moment we go to work and continue until we leave work for a total of 11.5 hours. Next comes Schlossertime  [patent pending] --- based on calculations so complex and intricate that even Professor Schlosser calls them “boner killers” --- for 12 hours 45 minutes.

"During Schlossertime,"says Professor Schlosser,"folks get to spend time with the family and/or read and watch television,  especially if they happen to be Schlosser Owls.”

Nighttime follows for ten hours and 15 minutes bringing Total Daily Hours (TDH) to 33 hours, 34 1/2 minutes instead of the passe and laughably scant 24 hours.

Schlossertime easily surpasses the the “Minute to Unlimit” Concept put forth  in recent years by a team from Harvard University which proposes splitting each minute into two sub-minutes --- i.e. 5:32 P.M. (A) and 5:32 (B) --- to double the number of minutes in each day.

Unfortunately experiments with the Minute Double-a-tron failed to meet expectations when one minute (8:47 Friday March 15 2034) went berserk and went on a rampage, killing several Harvard researchers before being subdued with a snooze alarm.

Schlossertime will be implemented later this year throughout all blue states in America. If it works as well as projected, we will have plenty of time to really fuck the shit out of  the red states.  At least until Schlossertime spreads nationwide on July 18, 2019 at 4:35 A.M. which happens to be --- wait for it ---  Schlossertime.

If you liked this post, you'll like my book Perry Block - Nouveau Old, Formerly Cute and should order it right away. If you hated this post, I hope you wind up watching Jimmy Fallon and listening to ABBA for all 12 hours and 45 minutes of each and every Schlossertime!

Now I worry that these extra hours are going to give you more time for self-promotion. Pretty soon, you'll be posting photos of your breakfast on Facebook along with your lunch. Inquiring minds will want to know what brand of toilet tissue you use and endorsements from companies selling hemorrhoidal suppositories will come streaming in. Your ass will be famous!

My ass already IS famous!

It's the rest of me that isn't. I have no idea what that means.