A Bed, Bath, & Beyond Blessing 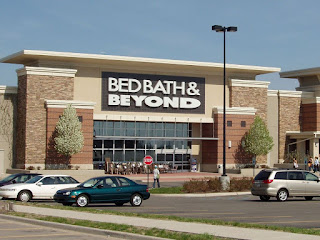 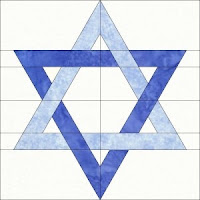 I was on my way into the local Bed, Bath, and Beyond when I encountered a young Orthodox Jew. He was sporting a beard, yarmulke, and tzitzit, the fringe at the bottom of his prayer shawl.

That’s the fringe at the bottom, not on the fringe on the top.
“Excuse me,” he asked “are you Jewish?”

Ah, Jewdar is a many-splendored thing!

“My name is Ari," he said. "Would you like to perform a mitzvah with me?”

“But why here?” I asked.  “Is there some special religious significance about a Bed, Bath, and Beyond?”

“It’s where the bus lets off.”

Mitzvahs are acts of kindness or reverence generally thought of as “good deeds," which may benefit individuals or the world at large. There are 613 formal mitzvahs in Judaism.

I haven't even yet performed the Top Ten. I’m way behind on my mitzvah bucket list!

“Yes, I would,” I said. “But I should tell you that I’m a Reform Jew. Frankly if we had ‘Instant Judaism,’ ‘Quick Judaism,’ or ‘Mix and Pray Judaism,’ like speeds of Cream of Wheat, I might be one of those too."

I liked his attitude!

“Now what we’re going to do,” he said “is wrap tefillin and say some blessings.”

No, tefillin is not a kind of fish.

This “Mix and Pray” Jew hasn’t wrapped tefillin since his Bar Mitzvah.

I began to wonder if Ari had an ulterior motive. Was he using tefillin to tie me up to prevent my escape while he tried to sell me timeshares, futures in a matzoh ball mine, or …

Jews for Jesus are “Jews” who believe Jesus is the messiah even though they generally practice Jewish customs. Most of them try to convince you that without Jesus you’re headed straight for the bargain basement.

If there is anything after life, I’m sure we’re all going to the same place, although I hope I’m not sharing a room with Ivan the Terrible.

Ari guided me through a number of Hebrew prayers, culminating in the Shema, the central prayer of Judaism:

“Hear o Israel the Lord our God, the Lord is one."

The mitzvah only took about 30 seconds to perform and then Ari unwrapped the tefillin. No ulterior motive. As Ari probably intended, I now felt more in touch with my Jewish roots.

I also felt like I wanted to perform a mitzvah for somebody or group of persons in particular, not just for the planet.

I had a few ideas.

We took a selfie and I said goodbye and entered the store. Although a mitzvah is not necessarily supposed to provide a tangible benefit to the person performing it, my mitzvah did.

“I’m sorry, I forgot my 20% off coupon,” I said to the sales associate, as I stood in line with a food processor in hand.

Not only did I help repair the world, I wound up with a Bed, Bath, and Beyond blessing too. 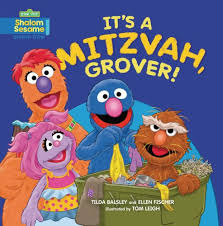 Email ThisBlogThis!Share to TwitterShare to FacebookShare to Pinterest
Labels: Bed Bath and Beyond, humor, mitzvah, My Baby Boomer Life, Oy!

The clerk at Bed, Bath, and Beyond noticed you needed all the cosmetic help possible.

Yes, and boy can you get a great face lift out of a food processor too!