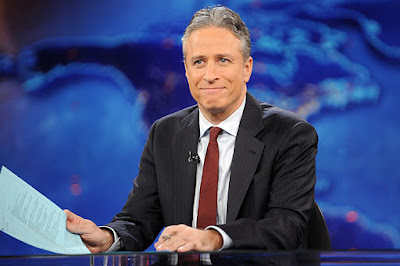 It's true.  We're already going through the throes of withdrawal.

Without Jon Stewart to help us make sense of politics, society, and international affairs, we are reduced to helpless children wandering in the wilderness. I don't know about you, but for me, these are the:

2) How can we possibly know we've picked the wrong President without Jon?

4) Where are we going to get our phony news from now?  Brian Williams?!

5) I'd like to have seen Donald Trump try to get away with saying "Jon had blood coming out of his eyes!"

8) Will any one of us ever again be able to spend 30 minutes watching television without being treated at least once to Kim Kardashian's ass?

9) Hoped Jon could explain how Ted Cruz could possibly have been educated at Harvard and Princeton.  Now we'll never know.


Well, at least we still have John Oliver, Larry Wilmore,  and Stephen Colbert in his new incarnation up and coming. That's somewhat comforting.

But there will never be another Jon Stewart.

You're right, Perry. Twas one of my favorite shows. I've canceled Direct TV and bought an HD antenna. The best thing I get now is reruns of Sesame Street. I keep hoping Kermit will pork Ms. Piggy, but they tell me I have to stay up past 10 pm to see that episode.

I'm sorry to tell you that Kermit and Miss Piggy have broken up. However, that leaves her fair game to you and me! Anyway, without The Daily Show, Sesame Street is as good as anything else.

We definitely don't need Jon to tell us how ridiculous Fox News is, although I can't actually watch it so I guess I won't know the extent of their ridiculousness in a timely manner. Sigh
Cruz- Harvard? Really? Huh

I think maybe I'll take over the Fox News watch. Sometimes it's so silly, it's downright entertaining! And Cruz did go to Harvard and Princeton though I think he must have been in the remedial "Ovid, Virgil, & Horace in the Original Latin" class. Thanks, Tracey!