Having my (Boomer) Baby 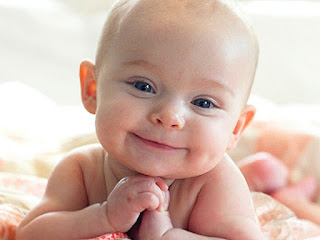 Having my (Boomer) baby,
What a lovely way to scam the entire nation ...

My friend Sherry is a Boomer who's currently into her Great Second Act. Unfortunately without some very unique help, her second act is about to close in New Haven.

After years of sitting behind a desk, Sherry decided to try stand up comedy. She is not exactly killing it. She has fewer fans than there are members of Illegal Immigrants for Trump.

But I've an idea to ensure her success, and mine along with it.

"We're going to pretend to have a baby?! Perry, you're nuts, we're Boomers!!"

"I guess we could chalk it up to a Double Medical Miracle!"

"Then I'll promote our story on my blog and in no time at all our legend will gather heft!"

"So how did we happen to do the deed?"

"I masturbated to Florence Henderson for six months."

"I took you to a lovely dinner, we came back to my place, and I wowed you with my charm and debonair style."

"So it's total fiction then?"

"Wait a minute! Who could resist a balding 64 year old Jew on heavy medication?"

"Certainly not me. So I give birth.  What next?"

"We create one-of-a-kind Two Boomers And A Baby comedy!  Let's try out some lines:

"Great lines, Sherry!  At least mine were. Soon we'll be as viral on the Internet as some random cat."

"Then Two Boomers And A Baby will appear on television and become America's sweethearts. Provided we remember to tweeze our ear hairs first."

"See how great it's gonna be, Sherry?  The world will be our oyster!"

"Where are we going to get a baby?"

"I don't even have a blow-up doll.  Not anymore anyway."

"Remember what I said about the world being our oyster?"

And remember: we're going to be a viral as some random cat!

I think it would make a great reality show, Perry. If people tune in to watch the Duggar family, surely they'll tune it to watch you and Sherry. Excuse me if I pass on the circumcision episode. Poor little Adam.
Hey, you don't still have some of those Florence Henderson photos do you?

Can I star as the "Obstetrician to the Boomer Stars"? Maybe I can spin off into my own reality show. "The Real Old Mothers of Las Vegas - or Silicon Enhanced Boomer's Babies".

The Florence Henderson videos are MINE! The circumcision episode has not been filmed yet since we haven't yet been able to scare up a baby.

Silicon Enhanced Boomer's Babies? Sounds good to me. You're in, Tracey!