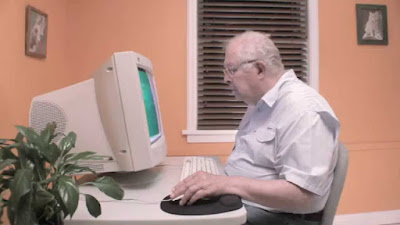 Nowadays there are a great many Boomer oriented websites, almost as many out there as there are Boomers who would sell their souls to a post-1980's rock group if only they could crank their ages down a decade or two.

The sites include Boomer Cafe, Boomeon, Purple Clover, Senior Correspondent, HuffPost 50, and more, some of which I have been privileged to write for (in receipt of lucrative fees not in excess of $0.00), but all of which have something in common. They all market themselves as presenting content geared for Boomers with "active" lifestyles. 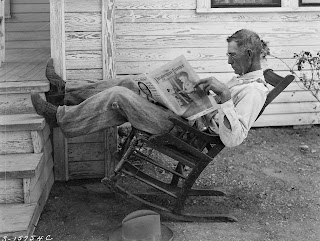 Are you a Boomer with a passive, inactive lifestyle?  Then you've come to the right place!  Lazy and shiftless, whining is what you do best. There's no challenge you can't shirk. Your favorite sport is scratching. Yep, you're our kind of Boomer!
So pull up an easy chair, put your feet up, and
Welcome to Rocking Chair Boomer!
If you can stay awake.

The Art of Ambling
Sex after 60; New Science Fiction

Doritos or Pringles? - One Boomer's Dilemma

GrandDad's Corner:
"They're Your Kids, You Watch Them!"

Preparing Your Bucket List;
Should You Get a Bucket at All?

Woodstock: A Primer to Lying You Were There

Hiking the High Himalayas
(Of course it's a joke!)

Helen Mirren Going Strong at 69:
But You're Not or Won't or Didn't!

Medical Science Update:
Return to the Womb May Soon Be Possible!

It's Your Second Act!
But You Never Could Act

Harness that Entrepreneurial Spirit
And Wrestle it Harmlessly to the Ground

Is Volunteering for You?
They Don't Pay You, So Fuck It!

Boomers Returning to Marijuana;
Like You Ever Left It, Lazy Ass!

Lovin' that Sugar!
At Your Age, Why Teeth?

What You Can Learn from George Clooney;
Like He Would Even Speak to You!

Whittling - Have You Got What It Takes?

Taming That Ear Hair:
Tweeze It, Cut It, or Screw It!

Whatever Became of  the Cast of
Leave It to Beaver?

Whatever Became of  the Cast of
Bonanza?

This is hilarious, Perry!!! Love the Sedentary Boomer.....but I'm wondering if I'm one of them myself. Drat.

Thanks, Joy. I'm proud to say I am not like any of the examples above except for all of them. Okay, okay, I'm working on it!

I don't know about you, but some days just pushing the mouse around and offering an occasional click requires more effort than I'm willing to exert. If I were any more sedentary Connie would have to drive a stake in the ground next to me to see if I ever moved.

Loved the list. You should add something about passing gas and harvesting ear hair.

Thanks to your wise comedy counsel I amended the end of the list to prominently feature ear hair and I think it's better. I will pass gas in another post, by cracky!

I see a TV Show in your future about this topic... That's funny stuff !!!

Pretty nice post. I just stumbled upon the blog and wished to say that I’ve truly enjoyed browsing the blog posts.

It is remarkable blog. I wanted to learn such type of the things that I have got from here at one platform. Thanks. click here

I would love to see this post turned into a longer video if possible. Maybe I can share on it on my website.outdoor furniture company