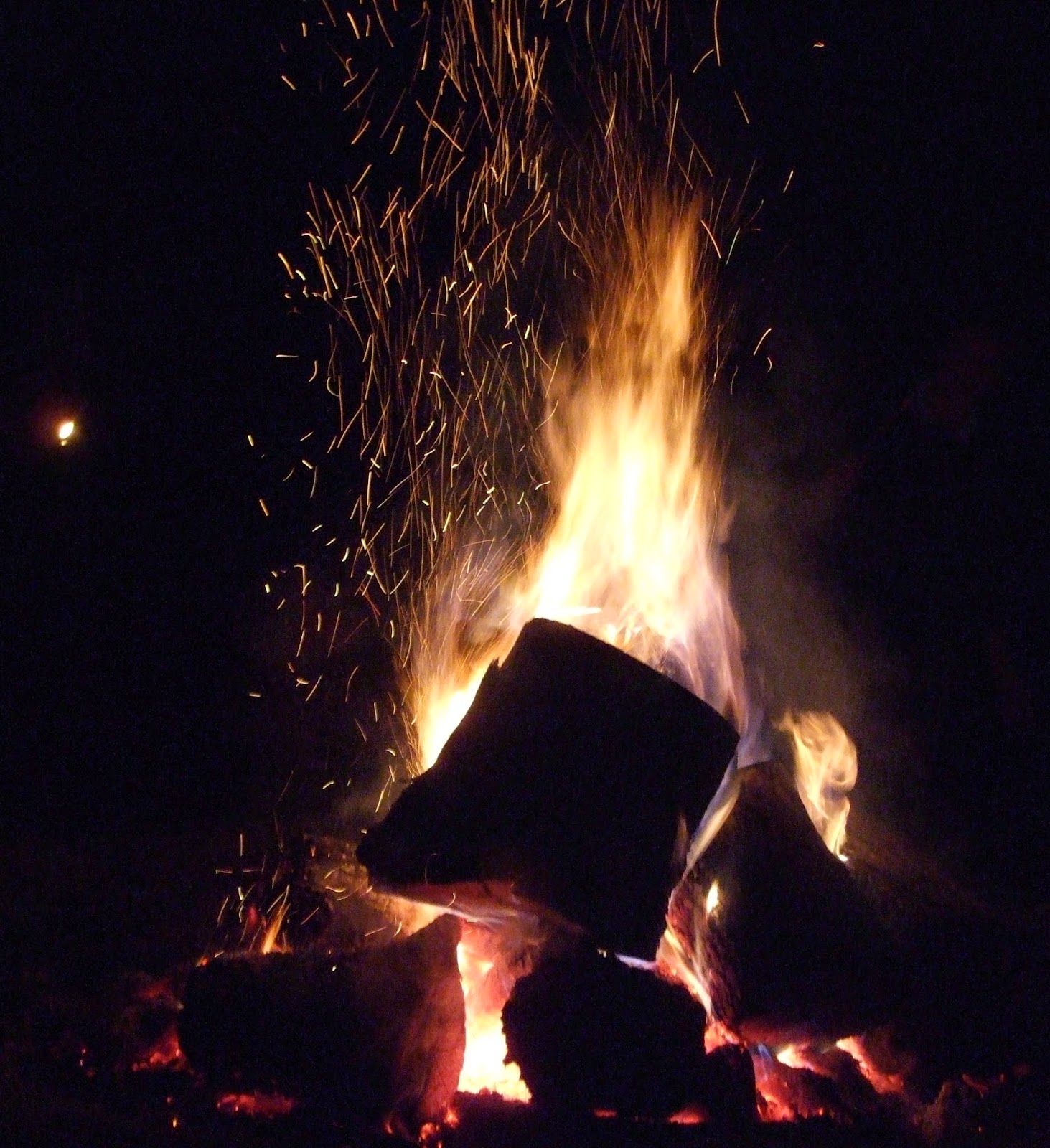 Montag was aghast!   All his books were to be burned.

"Is this your favorite book?" sneered the Captain. "It's got to be burned with all the others!"

"Montag, you know burned books are better for barbecue than charcoal briquettes."

"But my favorite book!"

"It's just The Jennifer Lawrence Nudie Collection.  It's all over the Internet anyway."

This is my third parody of Fahrenheit 451, which means two things:  (1) this is a heckuva good novel to parody, and (2) I better read some more novels. My favorite of the three parodies is here, the other one is here.  I wouldn't waste my time with either.

While there may not be quite 451 Friday Fictioneers yet, there are plenty of Fictioneers offering takes on the above picture prompt if you click here. I'd recommend you do it.

As a BBQ aficionado, I prefer briquettes to books. Makes for better flavor.

Ha.. we took our inspiration at the same book.. wonder if there is a secret wish among authors to burn books.

Your entry was great.
But I laughed even harder at your closing comment of:

This is my third parody of Fahrenheit 451, which means two things: (1) this is a heckuva good novel to parody, and (2) I better read some more novels. My favorite of the three parodies is here, the other one is here. I wouldn't waste my time with either.

Oh, no, now they want to burn this post!

Everybody was wondering WHO broken in her FILES. Now we KNOW!

Mmm tasty book-smoke burgers tonight! You're right, you should read more novels - your parodies are too good to restrict to one!

I should have known where you'd take this one... ;)

Better tag him on FB to list the 10 books that have inspired him the most. :-) P.S. I tried burning the post but got the message that it did not compute.

Dear Perry - Boy you do keep up on the news and I love it that it's this guy's favorite book! Good job and thanks for the smile. Have a good week! Nan

Don't bogart that book, my friend. Pass it over to me.
Oops, wrong lyrics to a song from Easy Rider. One of my favorite to parody.
Great piece this week, Perry. But wait until you read mine . . . .

I think there's a secret wish among authors to burn everybody else's books. Of that much I'm sure.

Love you, Randy! And we're just the same age too.

Well, I do like to tie into current events, Mike, and Putin, the Ukraine, and ISIS haven't been too funny lately.

I think that's a good idea. I'm going to start on the second volume of the Jennifer Lawrence Collection tonight!

You've gotten to know me too well, too fast, Carrie.

I KNEW a punchline was coming from you! Wicked ending! Told like only you can..!

Perry, It seems my first comment fell into the flames as well. Here's a second one. Only you can make book burning that funny. : ) You seem to have tossed the social media into the fire as well. Hilarious. : ) ---Susan

Very clever Perry, was trying to work out where you were taking us, loved it.
Dee

Yes, you and several others tried that, Janet. All my posts are treated to be flame retardant. Knew it would come in handy!

Yes, I keep up on the news of naked celebrities scrupulously, even though I'm not sure who the President is. Thanks, Nan!

I like that song too, Russell, and if you don't bogart that joint the book will probably seem lots more interesting. Heading over to read yours now.

Thanks, Hamish. Now, how the heck do we comment on your blog?

Thanks, Susan. Sorry your comments keep getting burned up, especially since they're all positive. I promise never to burn one if I come across it, no matter how lost it is. Thanks for writing!

Thanks, Dee. Except now that I've taken you all there, I'm leaving. You'll have to get a cab back!

Hahaha. Way to be topical, Perry! That photo(s) is probably in the hands of many now. So funny.

i heard that burned Captains are better for barbecue than books or briquettes... as much as i'm horrified of the idea of burning books, you've somehow managed to make it hilarious. :)

Very funny, went and read the other parodies too. The social media people reference cracked me up.

Always a laugh with you, Perry - though I disagree with the Captain - books make better fuel for minds trhan for barbecues.

The Jennifer Lawrence Nudie Collection.....digital is not the same as holding it in your hand.

haha! A good one. Just loved it.

Funny comment, Dawn, but don't expect me to touch that one ever!

Jennifer Lawrence and I thank you!

It sure does, although I remain shocked at her!

I'm always happy to be topical and pornographic whenever possible!

Thanks! Maybe we'll burn the Captain in the next Fahrenheit 451 parody.

Glad you liked. The next five Fahrenheit parodies ought to be even better!

I dunno. Did you ever charcoal broil a steak with that Shades of Gray book? Much better for the grill than in your brain!