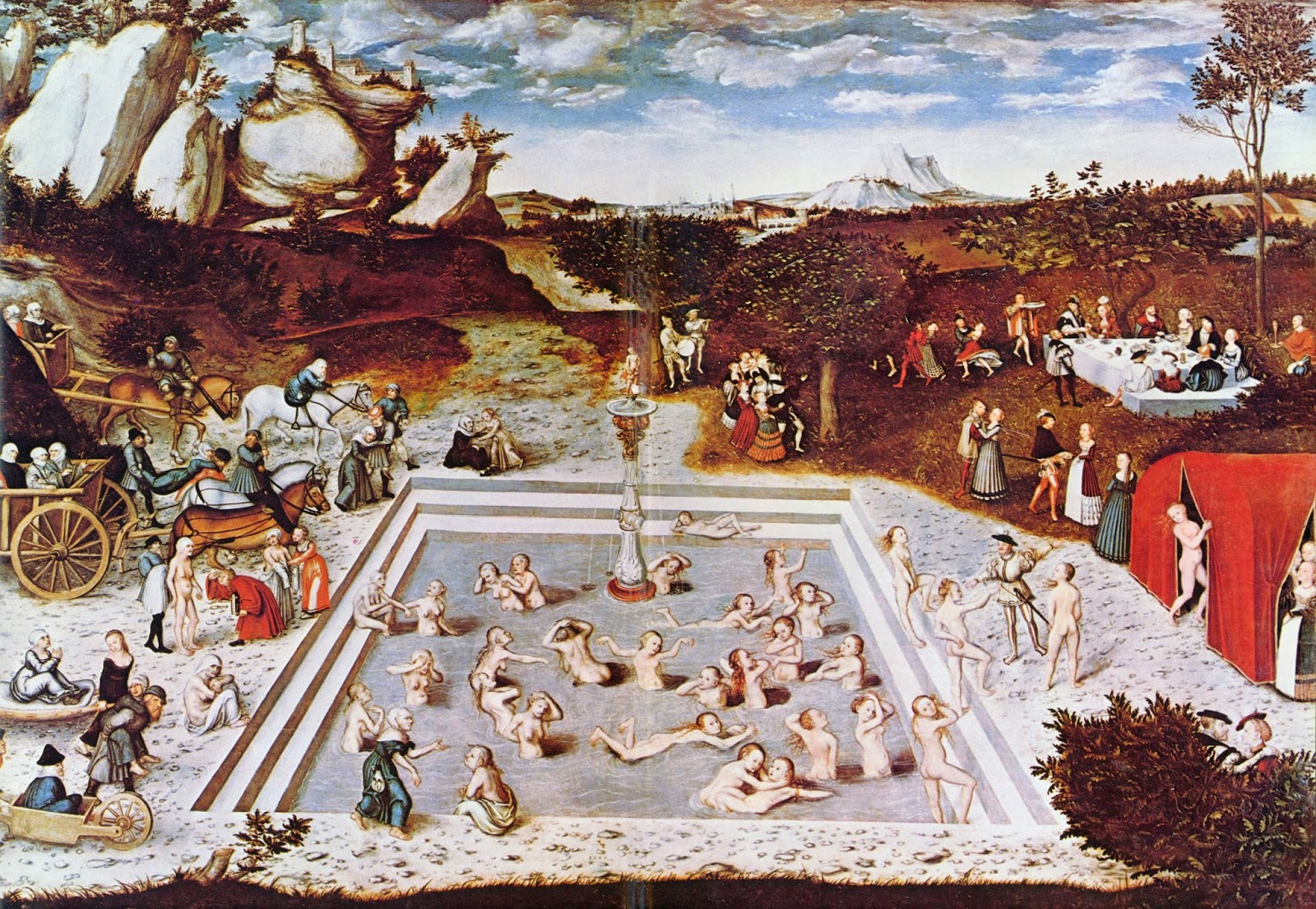 March 14, 1496
It has now been over 18 weeks since we set sail from Spain on my ship the Nina Totenberg. The weather has been foul and stormy, and the men are growing restless.

Who can blame them? On several occasions, the 24-hour buffet has run out of mousse, the rock climbing wall’s been down for days, and four members of the El Cordoba Mets were unpardonably late for the meet and greet. Plus I never could handle the Special Dinner with the Captain with even a modicum of rakish aplomb.

March 21
The going continues rough. Oh, how different it all seemed back when the crew and I first set sail those many weeks ago! Then it was that I, Captain Ponce de Leon-Errol, had stood proudly among my men, ready to lead them in a heroic quest for the fabulous fabled Fountain of Middle Age!

March 27
The weather continues severe, and I fear greatly we are off course. Steering by the stars is quite difficult, though far more reliable than MapQuest.

There is no land within sight! We seek Florida in the New World, yet judging by my calculations there is a high probability that we are not in the Atlantic Ocean off the coast of Florida at all, but rather in a bathtub in the home of a man named Mitt Romney.

April 1
Yes, the fabulous fabled Fountain of Middle Age has always attracted and fascinated me! You can’t say enough about a phenomenal and miraculous Wonder of the World that is at heart just another sorry underachiever—y’know, kind of like you and me.

As the legend goes, at the beginning of time two magical fountains were created. One had the fantastical power to enable a person of any age who bathed in its munificent waters to become 18-24 again—a miraculous transformation provided you can handle the constant besiegement by advertisers and marketers. This was the Fountain of Youth.

The one with too much chlorine and no lifeguard on duty was the Fountain of Middle Age. This fountain had the power to shave a couple of years off your age if you caught it on a good day. It may not sound like much but if you’re 61 years old and you can roll yourself back to 54, you can still call yourself “middle-aged” and set your sights on a marginally better class of women.

April 12
Put down a mutiny today.

April 21
When I was certain of my goal to lead an expedition in search of the Fountain of Middle Age, I sought the protection and financing of King Ferdinand and Queen Isabella. After all, they had expelled the Jews from Spain so they had to have good business sense.

I made my entreaty with dignity, logic, and careful reasoning. When that failed, whining worked spectacularly. Having secured the backing of Ferdinand and Isabella, I raised a crew of men eager to sail with me. Their median age represents the kind of person who finds reruns of Murder She Wrote radical and shocking.

April 30
“Land on yonder starboard bow!” cried the lookout today. Tomorrow we head for shore, drop anchor, and continue our quest for the fabulous fabled Fountain of Middle Age, just as soon as I figure out which side is the starboard bow.

May 1
We have anchored in Florida at last and are trudging faithfully inward toward the Fountain’s location as described in myth and lore. It is said to be by a forest, under a bower, near a gnarled tree. Don’t laugh. I paid plenty for that snippet of myth and lore.

May 8
We have found the fountain at last! As we emerged from under a trestle, by a brook, near a cesspool (I’ve got to find myself a new myth and lore distributor), I saw a large body of water filled with paunchy 50-ish gray-haired men. I thought at first I had stumbled upon a convention of Young Republicans. Then I saw the sign that proclaimed:

THE FOUNTAIN OF MIDDLE AGE—DAY RATES ONLY.

My heart leaped with joy as I splashed into the curative waters. I felt the years melting… melting… melting away! Well, maybe just melting. Scant hairs were regrowing. As for my waning sexual potency and desire, did I mention the scant hairs regrowing?

May 9
It is a miracle! A dream come true! I am almost sorry I snuck in and stiffed them on the fee.


May 11
Been looking in the mirror the last few days. Frankly I don’t like what I see. My skin looks plastic, my mouth doesn’t look natural, I look like Joan Rivers in a ruffled collar. Just what the world needed: A fabulous fabled Fountain of Middle Age that gives bad face jobs!

Maybe I’ll sue. If only Ferdinand and Isabella had left some lawyers in Spain to help me out with that.

And don't forget, folks; this post also appeared in the prestigious  McSweeney's Internet Tendency on July 7, 2014. Make sure & go there and click "like."  Then I'll meet ya at the Fountain!

I'm trying to remember what middle age is.

That's what the Fountain is for, Glynn!

I don't think it's actually a fountain at all, Perry. It's the Bidet of Middle Age. It makes your sorry old ass feel ten years younger.

I wish I had an ass to feel younger. I have flat ass syndrome and always have. I wonder if the Fountain can do anything for that?

Joan Rivers? Maybe you should have tried the cesspool. Could there be a fountain of Old Age? Surely there's an equal-opportunity fountain for those who want to look mature. The Biebs might be interested. McSweeney's--does this mean you're famous?

McSweeney's means I've had my moment of fame and it's all downhill from here... at least until we find the actual Fountain of Middle Age. But if Joan Rivers is there, include me out! Thanks for writing, Patti.