Which Do You See?

Fun with Ambiguous Illusions Ahead

From time to time I get a kick out of looking at those classical optical illusions that seem to be popping up a lot on Facebook these days.  These are known as ambiguous illusions, designed to elicit a perpetual switch in the brain between two alternative interpretations of what it's supposed to be.

As if I'm not indecisive enough!

The classic above is actually called "My Wife or My Mother-in-Law" and goes back to the 1800's, which is apparently as far back as psychologists have been attempting to unsettle us to generate fees. Which did you see first - the young girl or the old lady? Naturally I saw the oldster. And I think she was winking at me too ...
Anyway I thought it might be fun to take a look at a few of these ambiguous illusions today because people seem to be using them to majorly rack up the 'likes' on Facebook, and without even having to write a corresponding joke to go along with them!

Which Do You See?
A Frog or a Horse 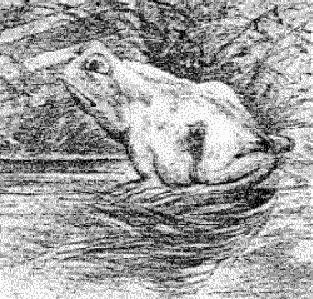 Almost everyone sees the frog first, which you'd think would cause the frog to feel somewhat happier than he seems in the picture.  The horse is highly elusive and takes more time to find, but trust me, he's right in front of you. You'll feel ridiculous when you finally see him two or three hours from now. Remember to eat.

Here's a hint which ought to help you out: It's not a talking horse!  Hope I haven't spoiled the fun.

Which Do You See?
A Vase or Two Alfred Hitchcocks?

This illusion is called "Rubin's Vase" after the Danish psychologist who developed it. Those who see Mr. Hitchcock are said to be such fans of the Master of Suspense they either support Mr. Hitchcock harassing Tippi Hedren or have harassed Ms. Hedren themselves. If you see the vase, you're misidentifying it as a goblet and you're a big drinker.

Dr. Rubin wrote the following about his famous illusion:

One can then state as a fundamental principle: When two fields have a common border, and one is seen as figure and the other as ground, the immediate perceptual experience is characterized by a shaping effect which emerges from the common border of the fields and which operates only on one field or operates more strongly on one than on the other.

All of which proves that you can create a world famous illusion and still not be much fun at parties.

Which Do You See?
A Duck or a Rabbit

Enough with the animals already! Statistically speaking, about 50% of the population sees the duck first and 50% sees the rabbit.  (I hope that adds up; math never my strong suit.) Actually this is one ambiguous illusion where I see both figures simultaneously,  a bizarre and ghastly half-duck half-rabbit creature right before my eyes!

I haven't slept nights since.

Which Do You See?
A Recumbent Female Nude or
General Curtis E. LeMay,
Former Head of the United States Strategic Air Command? 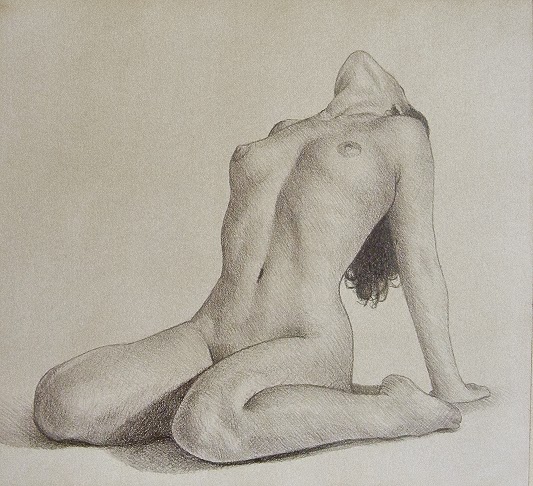 I know. It's killing me too.  I simply cannot find General LeMay.

According to the experts, over 50% of the population will not see General LeMay because they are not looking for him.

But not me.  I'm going to stare at this ambiguous illusion all night if that's what it takes to find the good general!

Saw only the frog, but in the last one, I saw a woman and a floppy-eared rabbit. This worries me because it is supposed to be a woman and General LeMay. All the other I saw both pictures.

Is the rabbit named General LeMay?

Actually General Curtis LeMay is in each and every one of the pictures. That's the impact he's made on the American psyche.

Curiously enough, it seems some people have taken the last illusion seriously and don't realize it's a joke. I meant to use a more salacious picture which I think made it funnier and more obvious but chickened at the last moment and used this rather tame one.

No, the rabbit is not named General LeMay.

This is fun :) I love those illusions... but I also have a hard time seeing everything at times. I cannot see the Old Woman! I've tried multiple times, it's driving me crazy. Hmm, I wonder if that says something about my vanity. Don't know.

Ok, and I call bullshit. That is a beautiful naked woman, and that's it. You trickster. You just wanted to show us boobs. Well played, Perry. Well played.

No, actually I just wanted to show ME boobs! I had put that picture in this piece originally and then removed it and inserted a tamer one. But the joke wasn't as funny that way and one or two people took it seriously and starting looking for General LeMay. I don't think anyone will look for General LeMay in the light of this picture.

Here's a hint about the old woman - she has a big nose. Good luck, Jean!