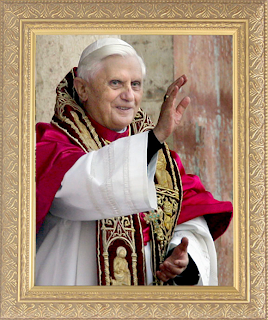 It’s that time of year once again that many of us stop to consider how much we have to give thanks for.

And I’m no exception.

3.   That although I am of an age when I can no longer be cute,  I believe I will be able to pull together at least a couple of good years of impish.

4.   For the Gift of Laughter. Although most of the time when I get it anymore I think I've been regifted.

5.   That I do not have a chin cleft like Kirk Douglas or Tom Brady because fetching though they are,  how the hell do you ever clean them out?!

6.  That surprisingly enough, I have already pretty much gotten over Regis Philbin.

7. For the Jewish people, without whom I would be Swiss.

8. For each and every one of my Twitter Tweeps, because they're far less annoying to deal with than real people.

10.  That the mirror in my attic which is getting old instead of me has never asked me if it could have "work" done.

11.  For the Philadelphia Phillies, who enable me to experience that disappointment so sorely lacking in all other areas of my life.

12.  That they made that  second "happy" ending to The Invasion of the Body Snatchers because I have enough personality problems as is without turning into a giant seed pod.

13. That I am not Robin, the Boy Wonder because imagine all that time and effort and keeping in tremendous shape and sucking up to Batman and  trying to do homework while the Joker is attempting to kill you and still  --- not a lick of college credit?!!

14.That I am not one of Santa's elves,  because those ears and this nose would be a bit much!


15.That as much a disaster as my life is or ever has been,  I have never once walked into a room and seen Ernest Borgnine standing there.


16.For Newt Gingrich, without whom people would think that I  have a goofy looking head and body.

17.That women about whom I fantasize whom I actually know personally do not possess ESP and  powerful weapons.

18.That my cup runneth over.  I've got to remember to turneth off my cup whenever I leaveth the apartment!

19.For schadenfreude, wherever and whenever I can squeeze what little of it I can.

20. That I am not being stalked by a robot assassin from the future.   Though frankly I'd be kind of proud that my kid is going to lead the rebellion to save humanity!

21.  For the sun in the morning and the moon at night because were it any other which way, I'd probably be in Antarctica and freezing my ass off!

22. For my own very  special private  place where no one else ever goes!   My blog.

And so, for all these wonderful blessings, I hereby tender

My most tender and juicy
Thanks,
Big Guy!

Here’s hoping you have similar reasons to give thanks during this festive season, and that you don’t
royally screw them all up in 2012.

Not quite no one, for here I am. Love #8; couldn't agree more. Happy Holidays to you, too!

Debra,
Here you are, indeed. Stay, sit down, have a drink, I'm lonely!

I get very few comments on my blog, so I never do know if anyone else is paying attention. I appreciate your dropping in.

Have a great holiday, and I'll be stopping by your blog with a bottle of wine (well, maybe some Entenmann's pound cake) some day soon!

I'm not by any stretch of the imagination a form fashioner abbreviate things. Suicide Squad Costumes