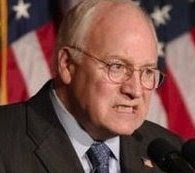 In an interview appearing in this week’s Newsweek/Parade/High Times Magazine, Former Vice–President Dick Cheney has finally explained the reason for his trademark obnoxious and offensive manner which has rendered him the last person on earth you'd ever want to hang with unless you have a full-blown death wish and hope to be accidentally shot.

“It’s my love of Broadway musical theatre,” Mr. Cheney revealed in the interview. “I always longed to be a song and dance man but my parents said I should do something practical, that I didn’t have the looks for show business. I told them Jason Alexander doesn’t have the right looks either and he sings and dances, but they told me that was years ago, he's so typecast as George Costanza now he can't even get a Rolled Gold Pretzel deal anymore!'”

“So I entered politics,” said Cheney,” but it was torturous for me to sit in meetings discussing NATO alliances and Middle Eastern oil rights when all I could hear over and over in my head was  'My Boy Bill, I will see that he’s named after me .... I will!' ” 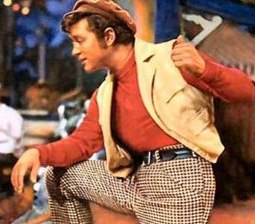 "As Vice-President, I knew we had to invade Iraq the moment I learned Sadam Hussein had made it mandatory that all Iraqis attend at least one performance of Momma Mia!   A brutal monster like that had to be destroyed!"

“The conflicts I had with Colin Powell and Condoleezza Rice all stemmed from the horrible things they said about my favorite musical,  Avenue Q,  and the song  It Sucks to Be Me.  Their comments even made several of the puppets in the show cry,” said Mr. Cheney, his voice choked with emotion.

“I’m sorry if I’ve been out of sorts at times,” said Mr. Cheney “but I’m going to be a sweetheart from now on.  You see, I’m finally following my dream and next week I open on Broadway in the revival of Paint Your Wagon! I hope Condi and Colin will come to the opening as my guests, because I’m singing the show stopper They Call the Wind Mariah!

And I’ll be singing it, America,  just for YOU!

Oh way out West, they got a name

For rain and wind and fire,

The rain is Tess, the fire's  Joe