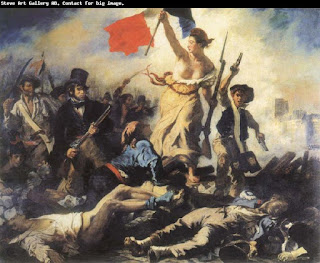 All across the globe,  the whippoorwill of freedom is spreading its wings and zapping people right between the eyes!

Which fucking hurts like hell if you're a zappee!

Nevertheless, in a distant Township called Haverford PA, ruled for decades by a corrupt and unscrupulous body known as the Township Commissioners,  a very brave man is single-handedly taking on this evil and oppressive regime.  Perry Block is that brave man!

For years the Haverford Township Commissioners have sought to bring the Haverford peasantry to their knees. Their tactics are as diverse as they are dastardly:

* To restrict the flow of knowledge, they decreed that the so-called "Free Library" exact a penalty from those residents who keep books longer than the Commissioners deem acceptable!  (about two weeks)

*To restrict freedom of movement and the ability to attend political meetings, they ordained that vehicle parking be quashed in front of silver structures excessively placed throughout the Township called "fire hydrants."

*And to keep the indigenous population fat, lazy, and complacent, they banned basketball nets and backboards from curbsides of several roads which they capriciously designated as "bearing heavy vehicular traffic! "

In the early morning mists of February 25, 2011, buoyed by the events in Egypt, Libya, and Tunisia, Mr. Block walked out in the center of the street in front of his home.  Rumbling down that street in front of him was a heavily armored vehicle, its mission to deal with the element the Township Commissioners contemptuously and routinely refer to as the Trash!

As the vehicle approached, Mr. Block stood his ground. His weapon?

Flowers he held in his hand,  flowers left over from Valentine’s Day! Flowers which he had given himself.


Would the Metallic Monster of  Destruction run him down?  Would it, as the Commissioners hoped, dispatch the Trash once again?  Or perhaps, once and for all?

“Hey, Dude!” menacingly yelled one of the Township blackguards manning the armor-plated behemoth. "Get the hell out of the way!"

But Mr. Block would not be Duded!

He outstretched his hand, offering forth the wilted flowers before him! (Actually, he was ready to throw them out anyway.) For a moment, all was silent in the crisp early morning air.


The blackguard scowled, tucked his head back inside the mammoth vehicle, and then ..... the Mighty Metal Dragon of Death backed up, turned, and drove off!

And went down another street.

The Commissioners had lost.    Liberty had won!

Oddly enough, instead of being grateful, Mr. Block’s neighbors later that day beat the living crap out of him.  It is obvious many remain terrified of the Commissioners.


Yet thanks to the bravery of people like Perry Block,  freedom is taking wing everywhere we look. You say you want a Revolution?  Well, you know we all want to change the world!

(But for God's sake, let the trash truck through, or you're likely to have the living crap beaten out of you too.  Just like Mr. Block.)