A Baby Boomer Looks (and Winces) at Tattoos 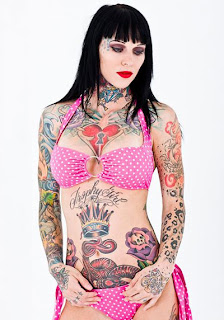 Back in the sixties and early seventies, we --- that is, we Boomers --- grew our hair to our shoulders, wore ripped jeans and open toed sandals, and sat in full lotus position on the grass around some freak with a guitar who was  playing and singing, often rather badly, “.... by the time we got to Woodstock, we were half a million strong ….”

Yep! Millennials, as you know, think tattoos are cool.

The only tattoo Baby Boomers ever thought was cool was Herve Villechaize from Fantasy Island!

These days tattoos of all shapes and sizes sprout everywhere about our incredulous heads. They’re on movie and TV stars, younger office mates, dads and moms at the mall, and soon doubtless coming to doctors, lawyers, and --- despite biblical prohibition --- even rabbis near us!

We Boomers can only scratch our heads, lecture our children prophylactically, and have another drink.

Boomers connote tattoos with bikers, drunken sailors on shore leave, and guys with knocked out teeth and greased back hair who might have readily killed Dennis Hopper and Peter Fonda in Easy Rider if those two old rednecks in the pick-up trunk hadn’t done it first. We grew up thinking tattoos were low-rent, anti-counter culture, and totally at odds with whatever was natural and healthful for our bodies, like smoking pot.

But then came the 1990’s, a decade in which a long recessive mutant gene began to assert itself like Joan Rivers on the red carpet at some third-rate awards show. Placing sharp vibrating needles into human flesh as if it's cattle branding time at the Ponderosa somehow came to be thought of not as a punishment for serious turpitude, but as a joyful route to human disfigurement.  The new era of the tattoo was born.

Anymore it’s hard to find an athlete or movie star who believes tabula rasa is an acceptable approach to one's epidermis.  Younger folk today adorn their bodies with all manner of floral and faunal designs, calligraphically rendered sayings and saws, and the inscribed names of beloveds, ex-beloveds, and ex-ex-beloveds until one’s thighs and buttocks resemble the innards of the Manhattan phone book!

Actress Angelina Jolie may be one of the most beautiful women in the world, but her body’s been marked up more thoroughly than the first draft of a term paper. With her lower back festooned with a crudely realized etching of Shere Khan rejected from a early edition of Kipling’s The Jungle Book, Ms. Jolie achieves the remarkable feat of being more appealing to most Boomer guys with her clothing on rather than off! 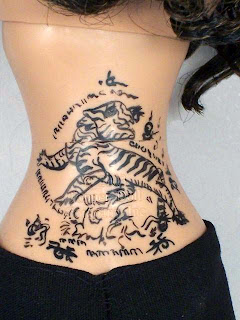 It’s just another Generation Gap, you say? Not a bit different than when our parents gasped aloud that first Christmas Break we came home with hair that covered our ears? Well, maybe …. but just a few years later our parents were all growing their hair as best they could, wearing flared pants, and watching Dick Cavett.

I kind of doubt in a couple of years many boomers will be splashing into Plus 55 Water Aerobics with a “Hey, Bernie, dig this gigantic pulsating heart I got me etched in my crotch!”

I suppose, after all, that the lesson of our era, the sixties and seventies, was that all of us are different, and it’s not ours to judge each other’s tastes and preferences. So, I guess I’ll just leave the millennials to their beloved tattoos. I sincerely hope they’ll be happy for the rest of their lives with bodies that are oddly reminiscent of a walking Rorschach test designed by an insane psychiatrist.

Me? I’ll keep dreaming about that shoulder length hair I can never again re-grow.

Now that’s something I might be willing to have a tattoo of! 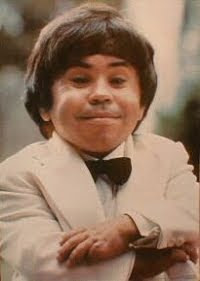 Loved your post! Our oldest just turned 18 and had been threatening for months beforehand that he would go right out and get a tattoo, with his own money, as soon as he was legal. And then - gulp - he got a big chunk of birthday money from his grandad. My husband and I braced ourselves, asking only that he make sure he went to a reputable, hygienic establishment.

Then he decided to skip the tatt and buy a PS3 with his money. I love that kid.

I still want one. Just not sure what/where/when/why. Plus, I hate pain. ;-)

Wait 'til he starts playing those football, basketball, repel the alien attack, "Live with Regis & Kelly" games replete with so many bad-assed characters with magic marker bodies, it almost makes me want a tatoo!

Maybe better if he bought a puppy.

Thanks again for writing!

No doubt about it, Debra, I could see you with a tiger on your tuchas.

Good luck with the pain.

Maybe better if you bought a puppy.

Thanks for joining the blog!

You should see the tattoos here in New Zealand... Some of the facial tattoos of the Maori are quite distinct, but it seems every youth has their own New Zealand specific design on every part of their bodies...

Carrie,
You are not to follow suit, young woman!