Man on the Cusp 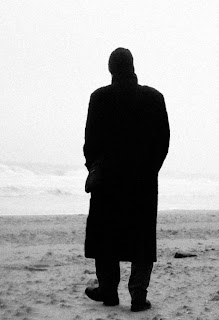 I am poised on the cusp of an age I always thought was exclusively reserved for people’s parents.

I don’t even know what to call myself.

Once that very expression struck the same terror in me that Bernie Madoff  feels every time he hears the words “your new roommate likes you,” and yet now I cling to that status as if it were a deck chair from the Titanic.

Am I a Senior?

Once a welcome and desired euphemism for elderly, geezer, and Joan Rivers,  Senior is now the most hideous word in the English language except when used expressly to refer to somebody's kid who'll be graduating in the spring, unless he or she is required to take math.

Yet the International House of Pancakes calls me a Senior.  So does Super Fresh Markets, but at least they give me a 5% Senior discount without my having to first order their burnt-to-the-ground tilapia.

But I don’t want to be a Senior!

A Senior is Mr. Kropopski, who makes keys in the back of the hardware store.  A Senior is Mrs. Berkowitz, the bulbous bejeweled lady in the front row at the synagogue whose face has all the suppleness of a Shar Pei.  A Senior is that sunken-chested guy with the faded sports cap and wrinkled burgundy warm-up jacket at the Little League game who's always pointing a bony finger  towards the players and saying:

And a Senior is also Dustin Hoffman, Richard Dreyfus, and Henry Winkler.  Once they were The Graduate, the young shark hunter from Jaws, and the Fonz.

I am continually amazed by ads for so-called "Plus 55 communities" where the residents ostensibly my age and depicted as joyfully engaging in water aerobics, organic gardening, and the savoring of fine cuisine in the community's award-winning dining room which closes daily at 6:00 P.M. have the appearance of Gertie and Sol Goldstein in my 1963 Bar Mitzvah photo album minus a cumulative 185 pounds, dramatically sobered up, and dropped into golf clothing.

Why would I want to live somewhere where I have to spend my days looking at people who look just as lousy as I do?

I have seen actors and movie stars who were in the prime of life during my childhood  and early adulthood grow old,  lose their looks and careers,  pass silently away, and yet continue to appear regularly on television looking young and vibrant, thoughtlessly reminding me whenever I see them that they’re dead!

None of that is true. Eighty year old guys want to be 40 year old guys having sex with Scarlett Johansson and Sophia Vergara and Mrs. Pressman who lives on the next block and takes in the newspaper in her negligee.

Know how I know that?

I’m a 61 year old guy and I want to be a 40 year old guy having sex with Scarlett Johansson and Sofia Vergara and Mrs. Pressman who lives on the next block and takes in the newspaper in her negligee.

I didn’t have to interview a shitload of 80 year old guys to ascertain that they feel the same way. So where does all this leave me?

My  17 year old son Brandon tells me that I should accept what is and embrace my age.

I say I should give my age A KICK IN THE BALLS!

I hate all of these facts ….

Hi Perry. Yep. Getting old sucks, but as far as I know, it beats the alternative at the moment. But cheer up. Who knows? Maybe Mrs. Pressman will read your blog and like the idea. :) Thanks for your post.

It beats the alternative? As if that's not going to happen too!

I made up Mrs. Pressman. Scarlett Johansson and Nicole Kidman actually exist. Somehow I think it unlikely either one of them will read my blog and like the idea.

I am almost exactly one year younger thanyou are - and I understand.

I wouldn't worry too much about it until you look like Kirk Douglas at the Oscars.

60 is just a number, Perry... unless your bones are telling you different. Speaking of numbers, you happen to have Mrs. Pressman's? (damn, she's not real?)

Sounds like you're in need of a paper route... searching out the Mrs. Pressman's of the world will keep any man young!

You whippersnapper! How dare you say you understand?

By cracky, you young folk today!!!

That's just it; I remember when Kirk Douglas was Spartacus and he looked great!

I didn't look nearly as good in the role when I starred in the sequel. So imagine how lousy I'll look at the Academy Awards in 2045!

Even if I got that paper route that covers Mrs. Pressman's block, I think I'd still have to look a bit more like Zac Efron if I, umm, wanted to collect payment.

60 is just a number --- a goddamn disgusting large number from hell!

Perry, I'm September 26, 1950, so I feel your pain. Actually, I don't. Michael Douglas is married to freaking CATHERINE ZETA-JONES! Old guys still get young chicks. Other than Harold and Maude, when was the last time you saw a gorgeous young dude on the arm of a geriatric female, unless he was her great-grandson or a gigolo?

On the other hand, a 60-year-old woman has gone through the invisible years--in her 30s and 40s and 50s, nobody sees her unless she shouts--and into the "cute little old lady" years. Handsome boys call me sweetheart and young lady and flirt with me because they believe they're safe. If I act weak or confused, people help me cheerfully and feel good about themselves. Meanwhile, I'm here, behind the mask, still being me and laughing my fool head off.

What about when Perry Block was younger? Perry Block would have been able to obtain a much better-looking parakeet because he was Perry Block.

I'm sorry for what the 60 year old woman must go through. And I am available to ease her pain! Only thing is, I'm not paying for any plastic surgery, liposuction, or breast enhancement.

I expect those things to have been taken care of before I enter the scene.

You're crazy, Perry! You're only as old as you think you are, and don't you dare start feeling sorry for yourself! I know (and agree with) the adage that youth is wasted on the young, but for what it's worth, sometimes I wish I were sixty. My dad is a very cool sixty-eight, and the man has it made. Now retired, his days consist of the following: eating, reading and watching the Cubs lose. He's never been happier. I, on the other hand, stress on a daily basis about my future career, my future husband, my future kids... It's exhausting. ;-)

I'm sure your dad is a very cool guy, but I don't want to spend my days eating, reading, and watching the Phillies win (sorry, Mr. Keizer, I'm not trying to rub it in --- but how about that rotation!)

I'd like to be worrying about all those things you are worrying about today except for the future husband; much as I'd want to do things differently the next time around, I'm pleased with the team I'm on.

One thing that makes it all good, however, is hearing from friends like you. Thanks, Whippersnapper!

Have you considered using a sippy cup?

Almost,
I can, but I still spill it all over the place! See two posts up from here.

Stay off the cusp as long as you can!