What Can Be Done, WILL be Done 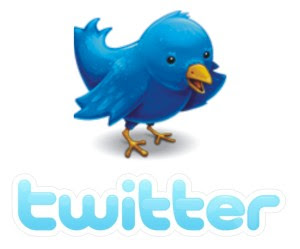 If there’s one thing the WikiLeaks controversy has proven, it’s that a joke with a punch line about Depends is never further away than just 'round the corner.

It has also proven that in today’s technological world, What can be done, WILL be done, usually by a person of enterprising mind and jerky personality. This holds true whether the accomplishment cures dreaded disease, provides needed sustenance for millions, or threatens the future of the free world so that we may all learn that Kim Jong-un is thought of by State Department officials as “kinda pudgy.”

Recently the PC-age magazine Where the Nerds Are reported on several fascinating new features being deployed right now to render the world’s three major social networks more fun, dynamic, and time wasting than ever before!

Now never miss an incoming tweet simply because you’re currently enmeshed in one received earlier which fascinatingly informs you the tweeter is waiting for a bus in Wichita KS. Tweet Waiting provides you with immediate notice of an incoming 140 character or less missive, enabling you to cause the first tweet to freeze faster than you do every time you try to put the moves on a member of the opposite sex.

Flip over to the incoming tweet and see if it’s more interesting or sage than the first one and/or more adroitly employs the word "fuck" such that you think it’s funny even though there’s actually no semblance of a joke there whatsoever!

No? It’s from @Crudface99 with an avatar that looks like a close-up of the love child of comedian Andy Dick and conservative pundit Ben Stein? Well, then click back to that first tweet to see at what street corner in Wichita the first tweeter's waiting for that bus, offending for life @Crudface99, who turns out to be your new boss!

Imagine the fun amongst you and your pals after you stoke up this new standard LinkedIn feature, draft all the human capital for your corporate teams, and PLAY Fantasy L-i-n-k-e-d-I-n!!

”You’re nuts, man! Your Finance and Accounting Department is pure crap! Sure, Accounting Director Myra Kirschbaum had a decent last fiscal year, but she has serious gaps in her GAAP and you desperately need a solid month-end closer!”

No matter who you friend or how you friend, the result’s the same: you’re only getting the tip of the iceberg. You experience the apparent wit, intelligence, and cool of your Facebook companion, but not the depth and richness of the flesh and blood human being just an electronic impulse away.

With Warts 'n All Surround, special censors provide you with every negative, disgusting, and/or abhorrent trait or habit lurking within your Facebook friend --- from his rancid breath to her latent anti-Semitism --- giving you the full interpersonal experience that Facebook has until now so sorely lacked.

And just wait until your Facebook friend gets dumped by his girlfriend and the special Complaint Control feature automatically shuts down! As the hours pass, you’ll find yourself with three sensitive clickable responses:

*** Yes, I’m here for you, buddy! Though it would be nice if I could briefly get off line for my son’s Bar Mitzvah. As a point of reference, he’s now 7…

*** No question about it, you were just too good for her all along! Uhh, mind if I ask her out?


Yep, all these exciting new social networking features are coming to you courtesy of the overarching technological principle that What can be done, WILL be done.

Now if you don’t mind, I’ve got Fantasy LinkedIn draft in a couple of minutes.

After all, if it can be done, he WILL do it!

(If you feel that way,) Frankly, Scarlett, I don't give a damn (about technology either)!