This May Change Your Life! 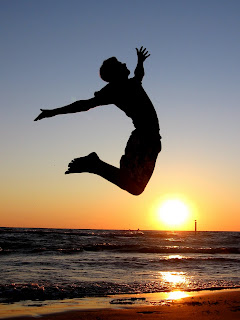 Moved by a spirit of benevolence I did not heretofore know breathed within me, I am about to make a statement of epic proportions  which will undoubtedly shock you, captivate you, and may even change your life!


But I’m not going to make it here. A statement of this nature ought to be made where somebody might actually read it.

Gonepausal.com is a web site that seeks to be the voice, forum, and rallying cry of all women throughout the nation who are a year or two beyond the age they'd prefer to be.  This is something to which I can certainly relate, as I am someone who is a millenia or two older than the I age I'd like to be.

But I like to think I don't look a day past the First Crusade.


Gonepausal is helmed by the imcomparable Gail Maria Forrest. (Just try to comp her; she'll always refuse.)  Gail's witty and engaging site includes a blog with running commentary for and about menopausal women plus special features such as “Great Moments in Gonepausal History” and “The Men’s Room,” where men get to take their shots, pro and con, at the not always quite-so-fair sex.

Gail was kind enough to ask me to do a guest piece for the “The Men’s Room,” and I was thrilled.  First because I realized it was a great forum for my epic announcement, and second because I wouldn't mind doing something epic with Gail herself,  so  if you wouldn't mind reading this and leaving  a positive comment it won’t exactly hurt my chances at going Gone, Gone, GONEPAUSAL! sometime soon.

My statement, entitled To the Women of America, (also shown below), awaits you!


BE PREPARED TO BE AMAZED!


To the Women of America
Mother Teresa,  Martin Luther King, Mohandas Gandhi.
These are among the most admired people on Earth, giants who have tirelessly and selflessly devoted their lives to giving to others.
Today we add another name to this pantheon of heroes.
Perry Block!
Selflessly as all the above, Perry Block is RIGHT NOW offering himself  to the Women of North America for free Dating/Relationship/Break-up Experience!
Here’s why you should leap at the chance to leap into Mr. Block’s arms:
First, the Matter of Looks.
Looks are VERY important!  And since Perry’s are fairly well moth-eaten, he can’t be too picky. So provided you possess facial attractiveness at least equal to or greater than that of actor Ernest Borgnine, you’re qualified for this offer!
Dating and Relationship Experience.
Dating Perry is sort of like participating in war games, Civil War re-enactments, or a conversation with Sarah Palin.  It’s not real. It doesn’t count.
Yet with Perry, you can stock up on every aspect of the relationship experience you’ll need when you’re out there in a legitimate relationship with someone half-way decent. When Perry zigs, you get to practice zagging.  When he parries, you thrust. When he makes an ass out of himself, you can laugh at him, not with him!
And when it’s all said and done, Perry’s self-deprecating nature will cause him to blame himself for everything!
The Deed Itself.
Should you not be in the mood --- a highly likely prospect if ever you have to watch Perry eat or hear him sing --- well, that’s no problem.
“I have a headache” truly resonates with Perry.  “I may be getting a headache” or even “Once upon a time I had a headache” are both equally effective.
But let’s say for the sake of argument he does actually manage to round the bases, if you catch my drift. Should you exclaim during the heights of passion:
“George Clooney, I love you!
he’ll convince himself that visions of Hollywood’s handsomest superstar were aroused in you by … get this …. his incomparable love-making!
Should you call out “You’re the 67th best lover I’ve ever had!” he’ll assume you just have lousy math skills. Even if you ask him to put a paper bag over his head, he’ll think it charming that at your stage of the game you still like to play Hide and Seek.
Time to Dump Him?
No muss, no fuss.  There must be 50 ways to leave this lover. For Perry, I’ll bet you can come up with a couple dozen more!
You can do it over the phone, by e-mail, carrier pigeon, smoke signal, or even on Twitter, although you probably won’t be able to say all the mean cutting things you’d like to say in 140 characters or less. Play Donald Trump Board Room with him.  Leave him sobbing over his pecan pie; he hates pecan pie anyway.  Immediately turn around and have sex with his best friend!  That would be no problem, even if he had one.
You can even practice the good old “It’s not you, it’s me” line.    Perry will grade you on your delivery and provide you with a referral to that special incredibly naïve someone who’d actually buy into that never before in history true line.
So what are you waiting for?  Perry Block believes it’s important to give back.  In this case, to give back what he never had in the first place.
Operators are standing by!
When else are you going to get the opportunity to spend a passionate weekend with Mother Theresa?
This has been a public service announcement from Perry Block. Who, at age 60, sure as hell approves this message!
~~~~~~~~~~~~~~~~~~~~~~~~~

COME ONE COME ALL AND READ PERRY'S PIECE. It's great for the whole family but especially the women. I laughed out loud. I really did. I swear out loud. thanks Perry, you rock for writing it. Oh and he was a cutie as a little tyke. Check out the pix!

Well, thank you very much for the kind words, Gail.

(It's lookin' good for me, folks! She said "I rock!" and I'm a "cutie!" A slug of Tequila, I bring on the Mantovani records, and who knows?)

Oh, and thanks again, Gail!

I liked the with his "self-deprecating nature" he'll blame himself for the whole thing. Obviously I cannot quote it exactly because I'm of a similar age group and cannot remember exactly what I read moments ago. :)

That's what I love about you, Melanie.

Thank you very much!

Hmmm! An attractive young woman, an accomplished writer, sending me a nice compliment. Could it be my offer is finally starting to bear fruit?

Maybe I'll have to lower the "Ernest Borgnine" looks standard a bit.

Caren, thank you again for the nice words.

I'm not attractive - those photos on my website are old, ha ha! ;)

Well, even if that were true (which I doubt), don't feel bad. My picture is:

and I still look disgusting!

Yes, you are an amazingly amusing young man! I'm eating pie as I read your guest piece. Hey, notice how the word "piece" begins with "p-i-e"? Weird, that.

It's pumpkin, not pecan.

Yes, Marisa, you are so right! I am an amusing man!

Young? Your use of that word well demonstrates your prodigious talent for fiction!

My best friend's name is "yet-to-be-determined!"