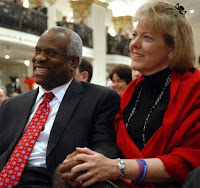 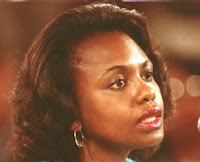 It shows how nobody’s apologizing enough these days.
All of us screw up, some more than others. You may screw up once a month; me, pretty much every hour on the hour. But whenever and wherever somebody royally blows it, an apology ought to follow as dutifully as Mary’s Little Lamb.
Recognizing that Ms. Thomas was on to something, I began placing a few calls of my own.


“Hello, Mr. Klein. This is Perry Block. I’m sure you remember me, I was in your tenth grade chemistry class in Bala-Cynwyd Junior High 45 years ago. I’m so pleased that I’ve reached you and you’re not dead!

Well, Mr. Klein, you gave me a “D” in chemistry back then and I just wanted to reach across the airwaves and the years and ask you to consider something. I would love you to consider an apology and a full explanation of why you gave me the grade I deserved but which messed up my grade point average and caused me to go to a lousier college than I should have.

You do remember me?  Yes, I did set fire to the drapes, my lab smock, and your seer sucker suit when I turned up the Bunsen burner full force, but I never understood those contraptions.


What’s the point of cooking things over those little stoves if we’re not going to eat them?  Hello, hello, Mr. Klein?”

Undaunted, I placed my next call.


“Nicole? Nicole Halaylos? This is Perry Block. Yes, that’s right – Perry Block, the uber nerd as you called me.


Well, Nicole, I’m calling to ask that you consider giving me a full apology for what you did to me 32 years ago when you dumped me for, as you described it, ‘just about any other guy on the planet.’


Yes, Nicole, I’m extending an olive branch to you to let you know that I am open to a full, honest, and forthright admission of your disgraceful behavior on the evening of November 13, 1978 when you canned me right after we saw the movie Foul Play. You know, Chevy Chase’s much heralded movie debut?

Nicole? Nicole? Did your cell phone cut off?”


Frustrated now with the failure of my fellow human beings to fess up to their mess-ups and apologize, I made one more call.


"Hi, there! George Clooney? Wow, you actually picked up the phone, that’s fabulous!


George, may I call you that?  Great!

George, I’m Perry Block and I wanted to reach across the airwaves and the years and ask you to consider apologizing to me for being so successful in life whereas my life ….. No, it hasn’t completely sucked, but it’s fallen far short of the success you’ve had.


So give it some thought and pray about this and …. what? You’re very sorry?! If only there was something you could do?!”


No, an apology was all I wanted.

Just as long as you promise, George, that you’ll never do it again!”

But then I'd have to track down and call all those people...would it be all right if I just did an exhaustive blog post naming names and listing my grievances instead, and asked them to contact me?

Flowers, chocolates or book vouchers would make an acceptable gift to accompany the apologies, just so I'd know they were really, really sorry.

How about reversal of the grievous actions originally taken?

A "B" in chemistry might make me feel better and be a more successful writer. Rebecca Waldstein could date me again and find me devilishly attractive (or at least passable). George Clooney could let me be the world-class star and he could move to Havertown and sit here in his underwear at 3:00 A.M. writing this drivel.

I'm sure a roll-back of the offending actions would be best for you too, Lexi. Forget flowers, chocolates, and book vouchers. Accept no less than a flat-out full-body do-over!

Would that mean that I would have to go back and apologize to Michelle from the first grade? I only pulled the chair out from under her when she was going to sit down because I saw someone do it on TV. Besides, she wasn't very nice.

Yes, apologize to her and always seat her properly from now on.

Keep on displaying social gaucheness like this and you're in grave danger of losing your minion!

Oh, yes, there is. I feel just terrible that I've been unable to make comments on your blog for a while because of whatever ugly cyberthug that would not let me share my brilliance.

Your apology for not having something to apologize for is not accepted!

If you haven't screwed me over yet in some way, what's wrong with you?! Get it done today, and you'll have years of happy apologizing to me ahead.

All I really need to know about how to live and what to do and how to be I learned in kindergarten.

Wanted to stop by to check you out, glad I did!

I am so sorry Perry that I can't think of anything funnier to say after your hilarious column. I thought there was more to be said about this matter, but you have said it all and made me laugh. I'm sorry I suck so much at humor, but I love your column. Wait...love means never having to say you're sorry. I'm so confused. Sorry.

Now that you mention it, I've also got to call Miss Dingler, my kindergarten teacher, to ask her to apologize for totally failing to teach me how to live and what to do and how to be. In fact, I'm still screwing up all that stuff now.

Thanks for checking out the blog and becoming one of my highly valued followerss! But shouldn't you be focused on the Phillies right now? Sure, I'm glad you're aboard but really... right now pay more attention to rooting our boys home and less attention to schlock comedy --- at least for the weekend, okay?

You can get back to savoring my every word on Monday!

Thank you so much for your nice comments.

You don't have to be funny. A year and a half of free therapy will do it, if only we can find a couch to stretch from San Diego to Philadelphia.

Thanks also for visiting my humorsite, and I hope you'll come back sometime during the ten minutes you shave off every tberapeutic "hour," y'know just at the moment when the patient is finally starting to get into something good.

Yep, I've had my share of therapy! Thanks again!