I Need Me A Course in Writing Millennial 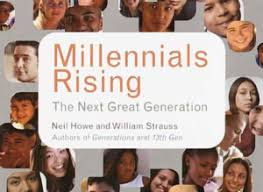 I may not be the greatest humor writer in the history of the world, but I’m not exactly the ABBA of humor writers either.

But today in 2018 I am facing an inconvenient truth.
`
I am a Baby Boomer.

Please someone:  I need me a course in how to write millennial!

Just as styles do in clothing, automobiles, and music, styles of humor change and evolve over time  too.

I was born in the Milton Berle era of the 1950’s when  Uncle Miltie got laughs just by putting on a dress. Then came the “Here’s Johnny” era, and I loved staying up late with Carnac the Great, the Tee Time Movie, and the slick show bizz banter grinning Johnny Carson purveyed along with folk like Sammy Davis, Steve & Eydie, and sometimes, yes, even the Chairman of the Board, Mr. Francis Albert Sinatra.

As I trotted off to college, humor morphed again with the emergence of cerebral social and political commentary from the likes of Robert Klein, David Steinberg, George Carlin, Richard Pryor, and (like him or not) Woody Allen, all of whom were perfect to get stoned to and marvel at our very hipness with.

Seemed just an eye blink later and David Letterman - a guy considered so off beat at the time he was passed over for host of the all-American Tonight Show - ruled the CBS eye with his top ten lists, tossing bowling balls off the top of buildings, and his patented "it’s so stupid it’s funny brand of comedy."

And I was totally down with all of this.

Then the millennials cometh.

What is millennial humor?  I think it's kind of absurdity married to hipness married to modern and obscure  cultural references expressed though memes.  Lots and lots of memes.

I have no idea what I just wrote.

No millennial is ever going to author posts like:

"How I Beat Last Summer's Crab Grass," "Don't Leave the Toilet Seat Up! and Other Wacky Tales of Modern Marriage," or "Oh, that Trump!"

What they will author are:

if jane austen didn’t take her medicine and learned to firewalk but not particularly well until she had a torrid affair with alan cranston, who taught her how to yodel


I have no idea what they just wrote.

Millennials have their own words and phrases as well, like:

It's lit - must refer to joints, I guess.

bae - Somebody bet on the bay!

Kendrick Lamar - Is that firm as good as Progressive? I'm going to call them right away and get a quote on car insurance.

So, please someone:  I need me a course in how to write millennial!

Until then, I'll be over here in the corner, putting on a dress. 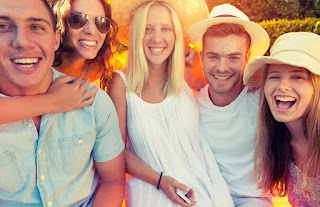 And you can see me in the dress in Perry Block - Nouveau Old, Formerly Cute!
(Not really, but you'll still like it.)

Once you figure this one out let the rest of us in the joke. I agree that people's perception of humor change over time. In some cases, I think it's more like erosian than evolution. Fortunately for us, there are more boomers out there today than any other generation. Our group is bulging like Chris Christie's waistline. That's the demographic who "gets" and appreciates our brand of humor and our references to things in the past that Millenials wouldn't understand.

I find that I'm more effective (and funnier) writing like a four-year-old. At least that's what the other old geezers tell me.

Not being a geezer I wouldn't know. But I don't agree that Boomers are the biggest group anymore. Millennials are overtaking us and the hip humor sites on line are all millennial. There are sites for us, but they are all named after Walter Brennan - Walter's One-Liners, Brennan's Buffoonery, Walter's Witticisms, Amos McCoy Antics, etc. Check out McSweeneys, the No 1 humor site in America and see if you can figure out what the hell they're talking about!