Another Visit from Vitiligo 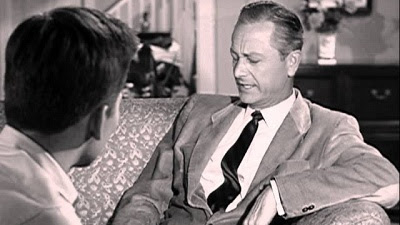 How does this picture from a 50's television show fit into a post about a medical condition called vitiligo?  Read on!

About 20 years ago I acquired a medical problem known as vitiligo.

Vitiligo is a condition in which some of your skin loses pigment and causes you to look like Casper the Friendly Ghost. Except there's nothing friendly about vitiligo.

I sure didn’t need another medical problem when I got vitiligo.  The older I get the more afflictions I seem to acquire; I’m up to double figures now and that’s not even counting the sexual ones.

Vitiligo is especially perplexing because it can rest dormant for a bunch of years and then suddenly return with a vitiligo vengeance.  On its most recent vitiligo  visit I literally woke up and found my left arm looking like it had been dipped in white paint!

I knew this had to be vitiligo because I’m a Jew and I’m not handy enough to even dream I’ve been painting.
That day I went out in short sleeves to pick up some items at the supermarket.
Why not long sleeves to hide the condition?

It was 90 degrees at eight in the morning.   It was predicted to be 105 degrees by noon.  Incineration of the planet by fire and brimstone was scheduled for 6.

So I went with the short sleeves in hopes I would not run into anyone I knew.

My hopes, however, were dashed.

“Oh, yes, you’re probably referring to my vitiligo. It’s a minor skin condition wherein a bit of pigment is absent from my skin.”

“Are you kidding?  "You remind me of 101 Dalmatians only without the dalmatians."

"Remember the TV show Father Knows Best in which Robert Young wore arm patches with all his suits. Your arms look like his, only without the suit!”  (See picture above.)

When someone's willing to date themselves back to the 50's to make a joke at my expense, I'm clearly not about to be enjoying the conversation.

I went to see my skin doctor, Dr. Joy Davis.

“But you said some people don’t get any worse and don’t need to come back.”

“Some people, sure.  But you?  A specimen such as yourself who has afflictions in double figures…"

Dr. Davis prescribed a cream that can sometimes improve the condition.  I skulked home with my short sleeves and the known world visibly gawking at me and slathered on the cream like I was basting a turkey.

So we’ll see what happens. Hopefully I don’t wake up one day, look in the mirror and see the Joker staring back at me.

As I said, there's nothing friendly about vitiligo.

Father knows Best -  If I haven't ruined my chance to connect with millennial humor before, I sure have now. Even I can't believe I'm old enough to remember a time that a television show could have such a sexist title as this.