If Bruce Wayne Lost All His Money 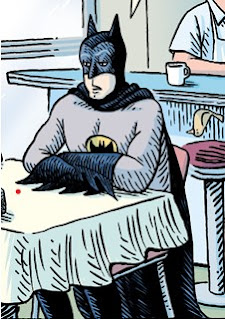 "Thank goodness, and not a moment too soon!"

"No kiddin'! Where's your Batmobile."

"Gotham City Town Square. The Joker is throwing bombs into the square from the Kropotkin Building!"

"Here we are, Batman!

"Thanks. I’ll give you a good review.”

"Batman! Why are you in an Uber? Where's the Batmobile?"

"I'll be honest with you, Commissioner.  It was repossessed."

"I've had some financial reverses lately. Started with Bernie Madoff and Enron. Lately I invested in Trump University."

"In this booming economy? Only other person I know dumb enough to lose all his money these days is Bruce Wayne. That idiot!"

“Batman, the Joker's on the 7th floor. Shoot one of your batarangs and zoom up high and take him down."

"Uh, I have a better idea. You cup your hands together, I'll step in them, and you fling me up."

"Yeah. You see, my batarangs were sold at auction.”

"Then you'd better take the stairs."

“Batman! You’re here at the 7th floor! And you’re breathing like a race horse after the Kentucky Derby!”

“I guess not. I’ll read the news on my phone until you’re ready.”

“Freeze, Joker!  Great work, Batman, holding off the Joker until we could get here!”

“No, Batman, but there’s a Rite Aid a couple of blocks from here.”

“The Dairy Queen at Fourth and Cowan Street.”

“I wonder if you could get Bruce Wayne a job there too?” 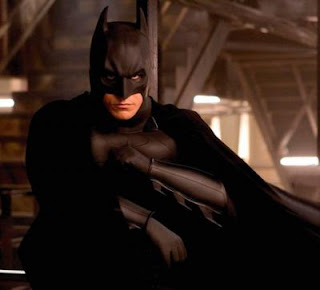 Robin left him when the money was gone, huh? I never liked that bitch!

I wouldn't call him a bitch but I totally agree. It was preposterous that a teenager going to school had time to be a superhero crime fighter. His costume was ludicrous too with that bright red vest; it was like painting a bullseye on him. Then his mere presence with Batman fairly well gave away the secret identities of Bruce Wayne and Dick Grayson. Yep, Batman is much better off without Robin. That bitch!

Haha! Very funny. It is pretty silly that our most popular "superhero" has only one superpower: inherited money.

Yep, take away the money and he's one hurtin' dude. You'd think Commissioner Gordon would catch on that Batman has to be a multimillionaire in his thirties in Gotham City and figure out who he is pretty readily. Who else could he be - Oprah?

This was bound to happen sooner or later. Especially after that fling with Catwoman. He's lucky he still has his leotards. I bet he lost his protective cup too. I just hope he can provide service without being too chatty. And what about poor Alfred? Is he in a rest home now, or sleeping under an overpass?

Who says he still has his leotards? Alfred has those, along with the car and the Batcave and the tell-all book coming out at Christmastime. Bet it will outsell us!