And Now, Once Again, Sixty is Not the New 40

Sixty is the New 40 - I've written about this subject a number of times before, and though I'd love to believe it's true, it ain't.

Here's 30 more quick reasons that Sixty is Not the New 40:

1) Somebody who is 40 thinks the Low Spark of High Heeled Boys is about those little kids' sneakers that light up in the back.

2) Somebody who is 40 never worries about anybody ever referring to them as “40 years young.” 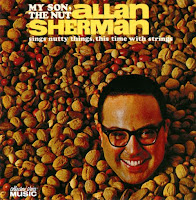 7) “Welcome to our Show for Hunt’s Catsup!” Think Somebody who is 40 has the slightest idea where that phrase comes from, let alone that "ketchup" was ever called “catsup."
8) Somebody who is 40 thinks Winky Dink is another cutesy name for you know

10) Somebody who is 40 has no idea what this means:
Jane Kean!
Sheila MacRae!!
ARRRRT CARNEEEE!!!
GOODNIGHT, EVERYBODY!!!!

15) Unlike Somebody who is 40, Somebody who is 60 never blinked an eye when they heard the lyrics in the theme to Green Acres "You are my wife!" "Goodbye City Life!" as Eddie Albert yanked Eva Gabor to the country life totally against her will. 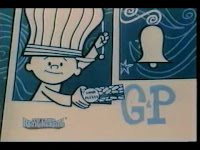 21) When Somebody who is 40 is wholly unable to establish rapport with the hot twenty-ish waitress where he's having lunch, it is of course depressing but it isn't the end of the world!
22) Until quite recently Somebody who is 60 thought the word “selfie” referred to what they’ve pretty much been doing all their life.

23) Remember Sandler and Young?  Somebody who is 40 thinks they're a contracting firm.

24)  Somebody who is 40 probably thinks that Jack Paar, with a name like that, must have been even better than Arnold Palmer.

25)  Being that Carol Channing is a woman and Tatum O’Neal is a woman, Somebody who is 60 in all likelihood thinks Channing Tatum is a woman.

26) Somebody who is 40 does not meet people who look like Wilford Brimley and think “Jesus, I hope I don’t look that bad.” 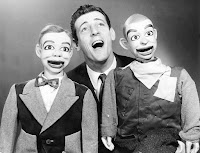 If you had rollicking  fun with this list, you really have to find a better concept of of "rollicking fun."  But if somehow you did rollick, you will find many more of these "Sixty is Not the New 40-isms" in my upcoming book "Perry Block- Nouveau Old, Formerly  Cute."

Watch for it in early 2018! Watching is good, but buying is even better. You could do both!

It'll make you feel like you're 40 all over again!*

*(Void where prohibited and impossible.)

Email ThisBlogThis!Share to TwitterShare to FacebookShare to Pinterest
Labels: humor, IMHO, Sixty is the New 40

I actually started laughing out loud while reading your post.Thank you so much for clearing our misconceptions and for writing such a long post.

Well, it's certainly long at least.