If the Lone Ranger had a Jewish Faithful Friend, or Hi-Ho Hyman Silvers! 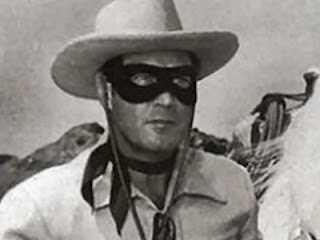 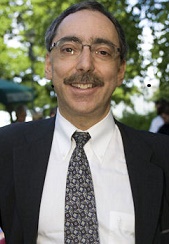 Like every child of the fifties, I returned to those thrilling days of yesterday whenever I heard:

“A fiery horse at the speed of light, a cloud of dust, and a hearty Hi-ho Silver! The Lone Ranger!”

But things have not gone so well for the Lone Ranger since then.

A few years ago, the Ranger's long-time Faithful Friend Tonto walked out on him - claiming he wanted to do a "single" - and began dating Cher. The Masked Man hastily started interviewing for a new Faithful Friend.

Then the bombshell that rocked the nation:

The Ranger was refusing to interview anyone who wasn’t wearing feathers!

The Equal Employment Opportunity Commission (EEOC) swiftly intervened and the Masked Man agreed to embrace diversity and reach out to white guys.

And now, we children of the fifties may once again return to those thrilling days of yesteryear whenever we hear:

"A fiery horse at the speed of light, a cloud of dust, and a hearty Hi-ho Hyman Silvers! The Lone Ranger!"

The Ranger hired 57-year-old Hyman Silvers, an accountant from Queens NY, as the new Faithful Friend. Mr. Silvers had done well in the personal interview, making the Ranger laugh when he answered the question "Where do you see yourself in five years?" with “Buried deep within the arms of a young shikseh, Mr. Ranger."

At first there were problems along the trail.

“This is where we go to the bath room, CHHemosabe?” asked Hyman. “A cactus?”

“Just don’t lean into it," said the Lone Ranger. “And that’s kemosabe, not CHHemosabe!”

Ambushed by the Butch Cavendish Gang, the Ranger had to make a run for it, calling out “Faithful Friend, cover me!”

Gradually Hyman Silvers developed into a worthy Faithful Friend, trusted and appreciated by the Lone Ranger himself.

“Hyman has introduced me to some delicious grub called herring,” beamed the Ranger, “and he knows so many great jokes about guys in the garment district named Ginsberg!”

“Plus he came up with idea of my ditching this idiotic mask! I don’t have a secret identity and this mask does nothing but get people shooting at me thinking I’m an outlaw!”

“Now get the hell out of here and make camp, you schlemiel!"

This is hilarious, Perry. I also remember the Lone Ranger and his faithful Indian Companion, or as it would be said today, "his faithful Native American companion". :D --- Suzanne

Thanks, Suzanne. But as it would be said today, "his former faithful companion, Mr. Cher!"