But What The Heck Is It Called? 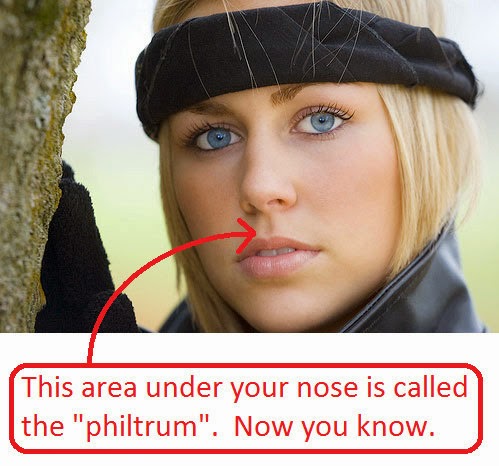 Yep, there's a word for this, all right.

I just did that thing again, this time in the supermarket. Except for the extra added attraction of shopping carts, it was the same bizarre maneuver as always, the one in which we all participate from time to time all throughout our lives.

But what the heck is it called?

You know how it goes.

You're walking down a hallway, aisle, runway, or any space where the act of walking down is essential and inherent when suddenly facing you and approaching in the opposite direction is another individual of the self-same human species. He or she is walking directly in line with your intended trajectory and is proceeding rapidly toward you.

Sensing that there is a conflict of time and space, you both stop. The two of you are now facing each other like gunfighters in the old West.  What now to do to avoid the approaching collision?

You have never been so in sync with another human being's instincts and movements without having sex with them. For a moment you contemplate spending the rest of your life here, locked in perpetual back and forth motion.

At that moment the two of you look at each other and smile.  You both think: "We just did that thing again. But what the heck is it called?"


Then the quickest and ablest of the two of you makes a split-second move to one side - right or left - secures right of way, and both of you are finally able to move on and out of each other's lives.

We have all executed this maneuver on multiple occasions.  It is performed millions of times each year all throughout the world, even if we don't count the red states.  It doesn't matter if you are an oafish clod or the most coordinated athlete in the world. If you've ever seen two gymnasts execute the act, they usually wind up screwing themselves half into the ground before they find a way to eventually get past one other.

But what is this maneuver called?  How could it not have a name?

The English language has seen fit to bestow words upon almost everything on the planet. We have a name for the indentation below the nose and above the lip even though no one knows what it is (see above).  There are names for all kinds of obscure phobias, like Omphalophobia (fear of navels), Chaetophobia (fear of hair; I fear not having it!), and Hexakosioihexekontahexaphobia (fear of the number 666) which by the time you pronounce it, the Anti-Christ has already come.

And there are words to describe bizarre diseases that almost no one has ever had, like Pica (a voracious appetite for paint, clay, plaster or dirt), Palastaie Limosae (mud wrestling disease), and Foreign Accent Syndrome (something all of us could have used in high school French.)

But there is apparently no name for the unintentionally synchronized maneuver in which two people routinely indulge in an ineffectual effort to get themselves out of each other's way.

Can you suggest a name?  You may not think it's important today, but just wait another month or two.

"I just did that thing again," you'll be thinking.

"But what the heck is it called?"

I don't have an answer Perry, but I'm pretty sure it's a primitive form of square dancing. I suggest you draft a petition to the International Olympic Committee to have this activity added to the 2020 games.
Unfortunately, there will be no team at Nationals from Arkansas (as you so aptly pointed out) due to our inability to perform this maneuver without falling all over the other person and being arrested for attempted rape.

Been a tough couple of weeks for me Perry and your post made me laugh today! Thanks and keep on writing!

It is a temporary form of echopraxia.

I used to sing a ditto which went like this:

Echolalia - it won't fail ya.
But Echopraxia - will relax ya.

Of course the, if all else fails ya, there's just plain Ex Lax.

I don't know what it's called, but if the other person is a fella, he usually asks for a dance. To which I show him my dancing ability by running over his toes with my cart. My cart always has two left wheels.

Remind me never to perform the maneuver with you or anyone from Arkansas. It usually doesn't get quite as far as attempted rape up here. Amazingly enough, our friend Randy may have come up with the word that more or less may be used to define that maneuver without a name, thereby ruining my bit totally! So nobody please read his letter below, least of all you, Russell.

That's what I'm here for Libby; just lean on me, girl! Oh, and don't read the next comment.

I never knew those words, Randy, and you have now fully educated me. And ruined my bit.

But it's good to be educated. And at least I did know Ex Lax.

As many times as I've participated in the maneuver without a name (See Randy above) I've never asked anyone to dance or been asked to dance.I was about to ask you, but my bunions hurt too much already. Thanks for writing, Patti!

Randy may be on to something and what's with Arkansas? More importantly, you've never had sex with someone you're actually compatible with? Not even once? Huh
Funny stuff,
Anonymous Tracey

Don't even ask. But thanks for the compliment!