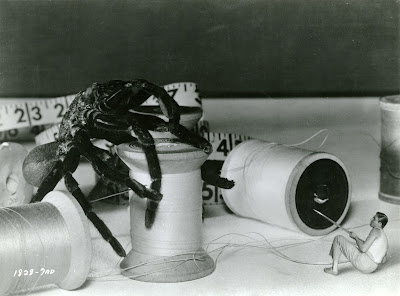 OY!
(Dedicated to the science fiction classic "The Incredible Shrinking Man"  of which it is a total rip-off.)

At first I thought perhaps it was caused by the blast from a bizarre radioactive cloud  that I encountered while on a boat I was sailing off the coast of California.

But that wasn't likely. I don't sail, I get nauseous on boats, and I live in Havertown PA which is 3,000 miles from California.


And yet I seemed to be smaller in size. My shirt and my jeans were becoming too large for me. Damn that drier, it's supposed to shrink stuff, not make it bigger!


I continued losing stature. Soon I was staring eye to eye with people who had always been shorter than I was and losing hundreds of dollars because in a staring contest I'm always the first one to giggle.
I went to see Dr. Simpkin.
“Perry,” he intoned  “you are shrinking. You are now 5'7'' tall."

"No, it means you've shrunk three inches. Stop trying to make a better story by inflating your original height."

"But what's causing it, Doctor? A radioactive cloud left over from 1950's nuclear testing?"

"Again with the making a better story?  No, you’re a 67 year old guy with a spine like a parabola.”

No one tops Dr. Simpkin for bedside manner.

And so I became.

I had to have my clothing altered every day. Three individual Jewish tailors suffered heart attacks from months of saying "So we'll take it in a little ... JESUS CHRIST!!!"

Now common everyday objects became gargantuan to me. I needed two hands to lift things like the television clicker, a spoon, and a toothpick - all items I could have readily lifted before with one hand, not to brag.

One day a cat attacked me and I ran into an open door to the basement, tumbling down the steps into the primeval world of the hunter-gatherer! I thought I might have a shot at getting the hang of gathering as long as it didn’t involve matching socks.

It’s not that I don’t like the Second Amendment. In fact, it’s my favorite misinterpreted amendment to the Constitution.

Then I saw it! The only thing with eight legs I fear more than the law firm of Mishkin, Mishkin, Rothman, & Butz! Frankly I'm terrified of spiders even when I have the height advantage, but now a monstrous beast loomed before me as huge and massive as Newt Gingrich's head!

Then I spied my only salvation: there on the table with the dirty clothes was a pin! I hurled myself forward and grabbed the pin and thrust it into the creature just as it descended upon me.

"I've got you, you big disgusting, ugly, hairy monster!"

I couldn't believe a spider could be so insulting. Or talk, even.

Now I continued to get even smaller. I could no longer be seen by the naked eye, let alone a fully clothed and tastefully appointed eye.

I looked up at the firmament, the stars, and God’s silver tapestry spread across the night. Bad weather for golf tomorrow for sure, I’d have to remember to cancel my scheduled match with Daniel Radcliffe.

And you know what? It isn't so bad down here after all.

Believe it or not, there's women!

For the ending to the original movie,  click here.  Sorry, it isn't a great copy, but did I charge you anything for any of this?