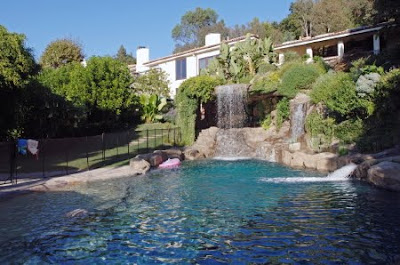 It was the great Andy Warhol who said “In the future, everyone will be famous for 15 minutes.”

I don’t know if it’s true, but I do know there is a lengthier form of the quote which includes an extensive list of exceptions. You don’t hear this quote quite as often as the other one because it’s less pithy, being 48 million pages long.

Recently, however, I did indeed get my 15 minutes.  Or to be more precise, my minute ... minute and a half ... minute and 3/4s, whatever … of fame. The exact time of my period of fame is hard to measure because it included a lengthy PBS pledge break.

What happened? A month or so ago I wrote a parody of The Wizard of Oz which I called Flying Monkeys in the Mist,  and I posted it here in my blog.  Some of you may have seen the original movie The Wizard of Oz; it’s a fine film and I recommend it. It’s sort of a fantasy involving a young girl’s dream about traveling to .... Oh, No, Spoiler Alert! Spoiler Alert!!!

So sorry,  pay no attention to that!  Or, for that matter, to the man behind the curtain at the end of the movie who turns out not to be a real wiz ....  Oh, No, Spoiler Alert! Spoiler Alert!!!

Well, anyway, Flying Monkeys in the Mist caught the attention of a man named Richard Horgan, who writes for an internet blog entitled FishbowlLA, part of a respected media and entertainment publication called MediaBistro.  And there on November 30, 2010 under the title One Man’s Wizard of Oz Remake appeared an article about the parody and about ME!, which puts forth the proposition that “I don’t suck.”

You’ll notice that Mr. Horgan mentions both me and famed Director Robert Zemeckis (of such films as Forrest Gump and Back to the Future) in the same breath, the implication being: “You’re out, Zemeckis! Mr. Block is the new creative genius of Hollywood! (It’s a bit subtle, you have to read between the lines.)

I took three immediate actions: made an appointment for a haircut, began Googling agents, and put an ad on Craig’s List for a trophy wife.

No sooner had I read the piece than the phone rang: Brinngggg!

“Hello, Perry Block, Internet Superstar! May I deign to help you?

“Mr. Block, this is the Penn Wynne Library.”

“Oh, I’m very sorry. I simply don't have time to speak at any special Perry Block Night you may be planning at the library.  I'm  most likely going to be on a nation-wide promotional tour.”

“No, no, Mr. Block. We called to tell you that the book you took out --- An Overage Losers' Guide to Meeting Marginal Women --- is a week overdue and there’s a fine."

Guess when someone goes viral, librarians are among the last to hear.  Never mind!  Next off to tell son Brandon the incredible news.

“Brandon,” I trumpeted, entering his room, “believe it or not: I am the next Superstar of the Internet! You know what: ‘Californey is the place we ought to be!’”

“You don’t understand! The only chemistry we’re going to be needing is yours and mine with a palatial estate formerly owned by Debbie Reynolds and Eddie Fisher!”

“Swell, Dad! Think Debbie or Eddie can help me calculate the molecular weight of plutonium?”

So I trotted off to the PC to bask in the dramatic upsurge in my Twitter and blog followings and the inevitable multitude of e-mail requests for endorsements of athletic equipment for sports I’m too uncoordinated to actually play.

But WTF! I’d gained no blog followers, lost a bunch of Twitter followers whose avatars were eggs, and as for e-mails, they were the same as always:

“Want Viagra?”
“Buy Viagra Cheap!”
“Dude, We've Got Your Viagra!”
“Hey, Overage Loser: Here’s all the Viagra You’ll Need for that Special Marginal Woman of Yours!”

Then I knew. My 1 ½ or so minutes were up. Time sure flies when you’re going viral!

I guess Andy Warhol was right. All of us may get our brush with fame, but most of us just don’t get to brush as long as we’d like.

And I was so enjoying that fresh minty taste!

One and a half minutes? You were lucky!

Re photo of film star's pool - why has it got a naff fence running alongside, with washing draped over it? Is this a film star who has fallen on hard times?

I am so proud to say that I knew you before you became a virus...er, I mean, before you went viral.

Perry, you make me laugh so hard I am going to need a spleen transplant.

You will always be my favorite superstar. ...Wait a minute ... This is Johnny Depp's blog, right?

Don't worry, when I hit that next 13.5 minutes, I'm taking you and all my writer friends with me!

I'm going to need a lot of domestic help in that Fisher-Reynolds estate.

Kd, I am not covering any bills for any spleen transplant. Period.

Marion, Johnny Depp?! I taught Johnny Depp the meaning of the word "sexy."

Of course, Webster's defines the meaning of the word "sexy" as "the antonym of a bald 60 year old Jew."

But hey! I had that definition nailed!