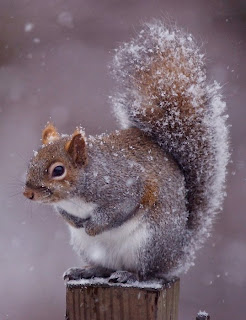 Running late again that morning. A day just like always.

Face it: I’m about as far from being a morning person as Lindsay Lohan is from the beatification process of the Catholic Church!

So I didn’t stop to put on Good Morning America, The Today Show, or any of those other morning shows whose job it is to pleasantly chirp you awake with news of the latest earthquake in Peru or designer drug headed straight for your fifth grader’s lunch box.

I downed a quick cup of coffee, snatched up my briefcase, and that morning, unlike many others, thought to grab my bow and arrows.

It was one of those days I didn't feel like listening to the radio first thing out so I drove to work bathed in thought. Yes, bathing in thought certainly saves money on your water bill, but you don't get particularly clean. I soon found myself ruminating about some of the challenges I was facing at the office, not the least of which was looking up what ruminating means when I got there.

Two of our employees had recently passed away. It wasn’t going to be easy to replace either Cost Accountant Miles Lumpkin or Janice Pusma from Marketing, so I needed to get ads on Career Builder and Monster ASAP. I would have used Craig’s List, but Craig himself always applies for whatever positions I post, and you should see this guy! I don’t even think Craig puts himself on his list!

I was ready to finally reach over to punch on the radio when my cell rang.

“Hey, Perry!” shouted Gimmel, a cheerful morning-type guy who works in my building. First thing in the A.M. I feel like talking to Gimmel about as much as I feel like watching back to back episodes of Deal or No Deal with Howie Mandel.

“Charlie Sheen?” I replied. “No. Broke out of rehab? Got himself a new crop of hookers? Completed a dissertation on 19th century Russian authors who loved golf?

Gimmel always has been one for black humor.

“Oh, got you," I said. "Well, maybe this'll help speed up the Firearms Project.”

On-going for several years, the Firearms Project was a massive effort by government engineers to develop a more effective weapon than the bow and arrow. Even Republicans in love with the Second Amendment Right to Bear Arrows were behind it. The theory was that a small hard projectile fired out of a sort of triggering mechanism would move at rapid velocity and actually possess the capability to penetrate human or animal flesh.

“I’ve heard that the trick,” said Gimmel, “is to create a mechanism to launch the projectile that mimics the way rockets are launched into space at Cape Canaveral but be so small it would fit in the palm of your hand!”

“Fit in the palm of your hand!” I marveled.

Don’t ask a Jewish guy to explain it. I can barely work a bow and arrow!

“If only people were at the top of the food chain,” I muttered aloud. But of course, what a ridiculous thought! Superior minds were no match against the raw power and razor sharp teeth of lions, tigers, wolves, cougars, snapping turtles, runaway poodles, and the assortment of other predators that roam North America.

I flicked on all news KYW, the station you turn to in Philly for weather, traffic, and predator reports every seven minutes.

“Repeating our top story," said the newscaster, "Actor Charlie Sheen, dead at age 45, eaten by a mountain lion in front of his home in Beverly Hills. The controversial Mr. Sheen is the first major television celebrity to be eaten since comedian Ray Romano was devoured by a kangaroo five years go and his hit TV show had to be hastily renamed Everybody Fondly Remembers Raymond."

The predator report gave the vicinity of my building the all-clear, so I arrived, parked, and fairly well sauntered on in.

“Morning, Ted. Morning, Angela,” I called out to two of my co-workers as I entered the building.

Sensing movement out of the corner of my eye, I wheeled and caught sight of the creature! He was lurking by the elevator bank, his furry tail menacingly aloft like the plume atop the helmet of a rapacious Spanish conquistador!

Somehow the squirrel had gotten past the predator sensors and the Night Guard.

Poor Clarence! All they ever gave him was a slingshot; God knows what must have happened!

“Perry, you’ve got your bow and arrow,” screamed Angela. “Do something!”

My hands were shaking so much they could have won a 1960's Frug Contest, but I managed to unsheathe an arrow from my aptly named quiver. Meanwhile the squirrel rose on his rear haunches, baring his hideous, mossy, and ill-brushed teeth for the three of us to gaze in horror upon!

I had one shot. I knew if I missed, the furry beast would core me like a pineapple!

Or maybe section me like a grapefruit, I’m not sure. I never can come up with the optimal fruit/blood n’ guts analogy when I’m under animal attack.

The arrow richoted off a “Wild Animal Emergency Shelter” sign, bounced against a lobby painting of William Howard Taft --- the only President ever to be eaten in office --- and landed smack in the door to Office 714, the words upon which read “Max Gimmel, Wrestling Promoter.”

“What the f….” shouted Gimmel, emerging from his office. “Oh, a squirrel is it? I’ll get you, you little fiend!”

I forgot to mention that Gimmel is 6 foot 6, 245 pounds, and a former wrestler himself. He’s been known to take on two escaped hamsters at once with only his bare hands!

The squirrel hissed, spit in each of his little paws, and turned his full attention to Gimmel.

I knew that only one of the two would be leaving the building that night.

If it were to be the squirrel, I made a mental note to take home Gimmel’s leather briefcase, a couple of lovely office end tables, and the phone number for Gimmel’s wife, who --- frankly --- is kind of hot.

Angela, Ted, and I quickly escaped up the stair well.

“No, Angela,” I replied with appropriate faux modesty. “The real hero will be whoever finally develops that gub. Or whatever they plan to call it.”

Who can say?  One of these days that wacky guy might even have gotten the opportunity to shoot off one of those incredible contraptions himself!

Absolutely enjoyed this piece, Perry. Very FUNNY! Do think you've found your niche in writing. Don't do WAR AND PEACE type of things... unless you bring us the funny with it. :)

And you are a hero!

Thank you. I appreciate that comment from the master!

This was my one attempt to date to tell a story that isn't a parody. I made a few changes to this piece after posting it, but still felt like it didn't exactly work.

I'm fascinated by the concept of life on the planet if people were not at the top of the food chain. We have cars, internet, a space program, and Good Morning America, but no guns to control rampaging animals. Someday maybe someone will do the concept full justice.

In any event, really appreciate your comments, Marisa.