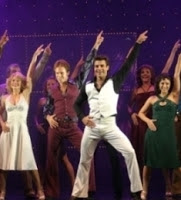 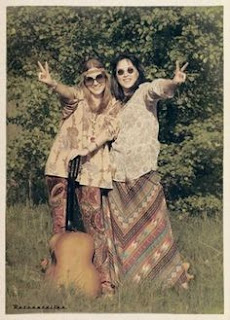 Nah, you're just an icon groupie. I can see you dirty dancing just like Chris Farley.

I guess I am! If only I looked like Chris Farley too ...

I saw your picture in today's Daily Times and thought "what a cute looking Jewish guy." Then I saw your name and ran downstairs to show my husband, Jim Saunders.

I worked for Wheatland Tube (John Maneely sniff sniff) back in the late 70's. From 1975 to 1978 (the best years of my life) I was Jim O'Donnell's secretary. They were tumultuous years. As you may recall, Jack O'Donnell, a horrendous alcoholic, showed up every day reeking of Jack Daniels or something like that. Mary Dell was his secretary. Dick Wahl, well, he was a total jerk and resembled Adolph Hitler in so many ways and seemed to keep things stable. One day, Jack O'Donnell went off the deep end and fired his own brother. Jimmy was humiliated but still kind. He told me things had changed but I was not to worry. etc. Poor Jimmy. He continued to drink. God, I loved that sweet man. Betty Boylan (Jack and Jim's sister, also a raging alcoholic) joined the Board. ReRe Dooner, the other sister (the sober one) helped out when she could. Then Coleman Boylan, Betty's son, died of cancer before he turned 30. Another great man. So much drama. I saw so much in my 3 short years of employment.But I loved those years at Wheatland and continued to keep in touch with everyone as I left to join SmithKline. Then I met Jim Saunders, the brilliant accountant hired by Jack O'Donnell himself.

I still remember you, Perry Block, our precious,funny neurotic lawyer, walking down the hall from Jack O'Donnell's office, so funny, so cool but kinda nervous trying to keep everyone cool. This family was the biggest soap opera in American History. I'm sure you remember the background of the O'Donnells, John Maneely's will leaving everything to Jim and Jack (not blood relatives), the will unsigned, handwritten, signature torn off, it made the front page of the Bulletin. Such a scandal.... Frank McLaughlin, (HEAD OF THE PIPE DEPARTMENT) WAS THE REAL BLOOD RELATIVE who got screwed out of his inheritance. I wonder if we could google them.....

Jim (my Jim) and I still keep in touch with the Dooners and Boylans. Jim is a CPA and does all their taxes, keeps track of the trust funds along with the attorneys whose names escape me right now...damn early onset Alzheimer's...

Anyway, I have such fond memories of my 3 years at Wheatland. Like I said, the three best years of my life. And I remember you fondly and it was so good to see your picture in the Daily Times today. Jim and I keep in touch with so many of the Wheatland people after all these years. If it wasn't tax season, we would be at the Narberth Bookshop tomorrow. Oh wait! Is it already Sunday? I think he's booked all afternoon. Let me see if I can find a ride.
Eileen

Rather than writing a bunch of stuff here I'll give you my e-mail and phone number and we can get in touch more directly. They are perry.block1@gmail.com and 610 608 3151. I don't see or hear from many folks from work. I burned bridges with a few of them, I'm afraid. Most of the people I have contact with are from the mill.

Anyway, maybe we can get together when things slow down for Jim. Keep me posted. Great to hear from you!