The Case of the Main Line Liar 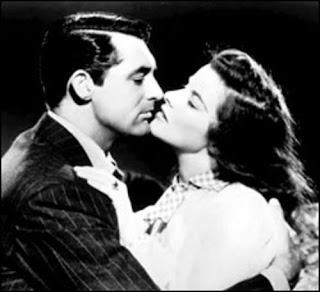 "Tracy, time to put the house on the market.
Perry Block has moved next door!"

I am The Main Line Liar!


You see, I live in Havertown PA --- an unassuming little community not far from Philadelphia where you can acquire a home, live, work, raise children, and drop dead all very unpretentiously and without more or less placing yourself into involuntary servitude.

For many years now, I’ve casually advised out-of-towners and geographically naïve area residents that Havertown falls squarely in the midst of that internationally renowned enclave of blue-bloodedness and gentility known as the Philadelphia Main Line.

In truth, humble Havertown lies only a stone’s throw away.  A good earthquake and my Havertown backyard would be resting on a Main Line back porch!

So why the Main Line Lie?  Let’s consult no less an authority than that 21st Century oracle known as Wikipedia:

“The Philadelphia Main Line,” it rhapsodizes, “is …. home to some of the wealthiest places in the United States …. the setting for the classic Hepburn/Grant/Stewart motion picture The Philadelphia Story .... (featuring) diverse topography, steep cliffs along the Schuylkill River, rolling hills, and open meadows …. known for its multimillion-dollar stone Colonial homes, exclusivity, and .... upscale shopping at celebrated destinations ....”

Alright, already!  Never knew an online encyclopedia was capable of falling so hopelessly in love with a plot of real estate, even if Cary Grant and Katherine Hepburn do happen to be setting up housekeeping there.

Now let’s point and click our way across County Line Road to:

“Havertown --- widely referred to as H-Town,” Wikipedia mumbles, “is notable for being the birthplace of Swell Bubble Gum, which closed its doors in late 2004. Havertown is one of the few towns that have a Superfund site caused by a timber mill that finished telephone poles; the chemical that was used to coat the telephone poles was dumped into the ground.”

Gee, it’s kind of amazing how Wikipedia forgot to mention that Havertown is also home to the nation’s only work-release program for comic book arch-villains who’ve tried to kill Green Lantern!  No wonder the banner across the top of the entry reads “Please help improve this article by saying something nice!”

Yes, to Wikipedia, as well as to the rest of the world, life on the Main Line is to Havertown PA like spending a shimmering evening with the young Elizabeth Taylor is to Shelley Winters showing up positive EPT in hand.  (Sorry to mix movie metaphors.)

With cachet like that, it’s hard not to want to cash in.  So when the question turns to "where do you live?” my reply oft returns with

And then I'm treated to:

"The Main Line! You must be doing GREAT!”

Well, actually fair to middling as always. But I’ll let the real estate where I don’t live do  the talking.

“The Main Line, by god! Is it as charming as they say?”

Oh, yes indeed! I daily enjoy the rolling hills, open meadows,  and upscale shopping at celebrated destinations!  And hot-footing it back across County Line Road before nightfall before anyone's the wiser!

“The Main Line! I heard about that problem with the school district spying on children with school issued laptops! Were you incensed?!”

Boy, was I!  Incensed that the school district in Havertown doesn’t hand out pencils, let  alone laptops!

To be frank, though, all this Main Line mendacity is taking its toll.

It’s time to fess up.

Main Line or not,  I love Havertown PA.   It’s friendly, welcoming, and affordable.  Which is a good thing,  because the money I’ve saved by living here has enabled me to buy myself a swell vacation home.

And as you know, the French Riviera is tres expensive!

You cared enough to say I bored your ass off. And I am deeply moved.

Next I'm starting work on the guest post for your blog. Expect it to be every bit as hard-hitting and relevant as this one!

Your friend on the Philly Main Line,
Perry

Okay, from what I know about the area it's smack in the bosom of Quakers AND Irish American people!

Can you get a bagel with a schmear there?

Marisa,
Quakers, Irish-Americans, WASPs, and Jews. Most with a lot more money than you or I have.

I am originally from Lower Merion, which is smack in the middle of it. I was expelled in 1975, sort of like the Jews were expelled from Spain in 1492.

When are we going to arm wrestle? Or, given how athletic we both are, would you prefer to thumb wrestle?

See you back in Main Stream!

Well, I really can't do anything athletic with you because my favorite teacher, Sister St. Cornelia, always warned us girls about two things. 1. Have our school uniforms fall just below our knees; 2. Never wrestle with a boy because that leads to trouble.

I have something great to say about Havertown. It has never been in danger of being covered in oil from the Gulf of Mexico. You see? There are always good things to say.

(I'd wrestle with CK Dexter)